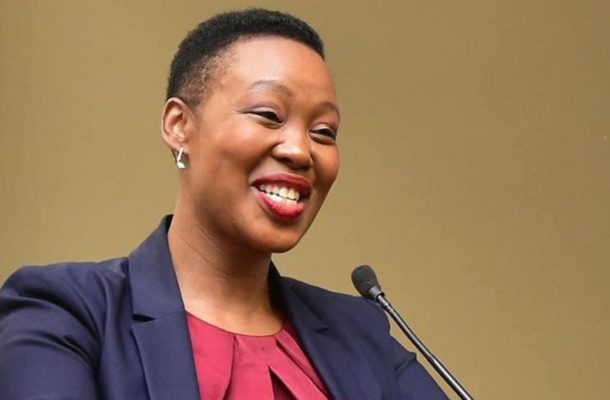 South African President Cyril Ramaphosa suspended one of his top ministers for two months, including one unpaid, after she was photographed having lunch with a friend in violation of a national lockdown to contain the coronavirus.

Minister of Communications and Digital Technologies Stella Ndabeni-Abrahams was summoned to explain herself on Tuesday after Mduduzi Manana, a former deputy minister, posted a picture of the pair dining together with his family on social media. South Africans have been ordered to stay home for three weeks with few exceptions, such as buying food or medicine.

“Members of the National Executive carry a special responsibility in setting an example to South Africans, who are having to make great sacrifices,” Ramaphosa said in a statement. “None of us should undermine our national effort to save lives.”

South Africa’s police and army have been charged with enforcing the rules of the lockdown, which has been punctuated by arrests and allegations of violence by authorities. Whether Ndabeni-Abrahams should be charged with a crime is a matter for the law, the Presidency said.

“I regret the incident and I am deeply sorry for my actions,” Ndabeni-Abrahams said. “I hope the President and South Africans will find it in their hearts to forgive me.”

The minister’s violation comes after New Zealand Health Minister David Clark was demoted for driving his family to the beach for a walk, in violation of that country’s anti-virus measures. Scotland’s chief medical officer resigned on Sunday after traveling to her second home outside Edinburgh, the capital.

Manana had said Tuesday that Ndabeni-Abrahams was at his home to pick up medical equipment. The minister also shared unspecified mitigating factors with Ramaphosa, according to the Presidency, but they fell on deaf ears.