Crack the whip on 'fronting' - ACEP to petroleum commission 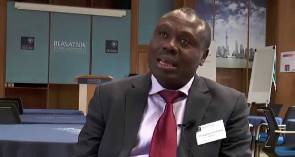 The African Centre for Energy Policy (ACEP), wants the Petroleum Commission to execute its mandate and punish non-indigenous companies who flout Ghana’s regulations regarding the provision of goods or services in the oil and gas sector.

In ACEP’s view, objectives of the country’s local content law risk being shot down if the issue of ‘fronting’ [as is referred to in law], is left unattended to.

“Such a notice in my view is not helpful because it really does not give the impression that the Petroleum Commission has found some companies involved in such illegal activities and they are ready to put them before a law court and get them punished,” Executive Director of ACEP, Dr. Mohammed Amin Andam told Citi Business News.

His comment comes on the back of a statement issued by the Petroleum Commission in which it described as worrying, the practice where non-indigenous companies engage in ‘fronting’ by deceiving or behaving in a particular manner to conceal the fact that a company is not an indigenous Ghanaian company.

The Commission indicates that the development is also undermines efforts to increase local participation in the oil and gas sector with the passage of the Petroleum (Local Content and local Participation) Regulations, 2013 (L.I 2204).

Regulation 4 (6) of the Petroleum Local Content and Local Participation regulations, enjoins a non-indigenous company which intends to provide goods or services to a contractor, subcontractor or allied entity within the country, to incorporate a joint venture company with an indigenous company where the local company is entitled to an equity participation of at least ten percent.

Per the regulations, an indigenous Ghanaian Company is defined as:

1. a) That has at least fifty-one (51) percent of its equity owned by a citizen of Ghana; and
 
2. b) That has Ghanaian citizen holding at least eighty (80) percent of executive and senior management positions and one hundred (100) percent of non-managerial and other positions.”

Though the regulations have been in force since 2014, the Petroleum Commission says it has observed an increasing and unfortunate development which in addition to being worrisome, threatens to undermine the objectives of the Legislative Instrument.

Dr. Mohammed Andam could not readily give instances of possible lapses in the current regulations that may have warranted the practice but he maintains the notice from the petroleum commission may signal possible instances of breach of the regulations.

“ACEP hasn’t done a research yet into such loopholes but what I can in relation to that is that by the announcement of the Petroleum Commission, it seems to suggest that they have some information relating to the involvement of people in fronting,” he observed.

Sanctions for offenders of ‘fronting’

According to the regulations, offenders are liable on summary conviction to a fine and term of imprisonment.

This is equivalent to a fine of between 1.2 million to 3 million cedis.