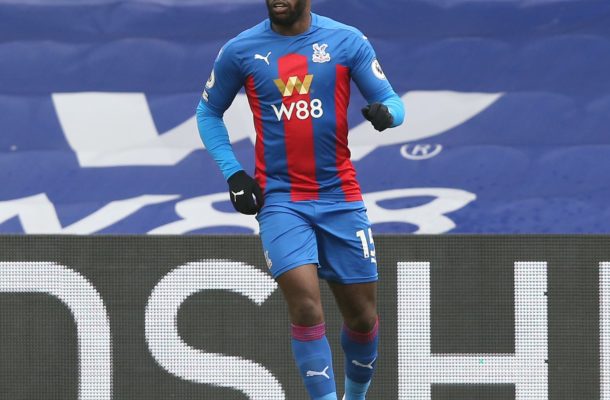 Crystal Palace boss Roy Hodgson is happy with the fitness level of Jeffrey Schlupp and the rest of the squad ahead of Monday's Premier League clash with Leicester City.

The Ghana international is beginning to get back into his element after spending a one-month period on the sidelines, only making a return to action two matchdays ago.

In his last game, he made his presence felt after coming on as a substitute as his assist set up his club's lone goal in a 4-1 home defeat to Chelsea.

"We’ve got a lot of players back, good news,” Hodgson said in his pre-match press conference on Thursday.

“Schlupp, [Mamadou] Sakho and [James] Tomkins are training. As big a group for a long time. [James] McArthur isn’t back yet, [Gary] Cahill has a minor problem but we’re hoping he’ll be back in time for Monday.

“[Connor] Wickham and [Nathan] Ferguson are out training but not with the squad yet.

"I think that's about it. I mean, to be honest, we’ve had so many in the past in the treatment room, it seems quite strange that I can name them now so quickly off the top of my head."

So far this season, Schlupp has made 20 league appearances involving 12 starts for Palace who sit 13th on the league table. He also has two goals to his credit.

"We've got seven games actually, played one less so we've got a very hectic period coming up after the match on Monday. The next six will be played in quick succession," Hodgson added.