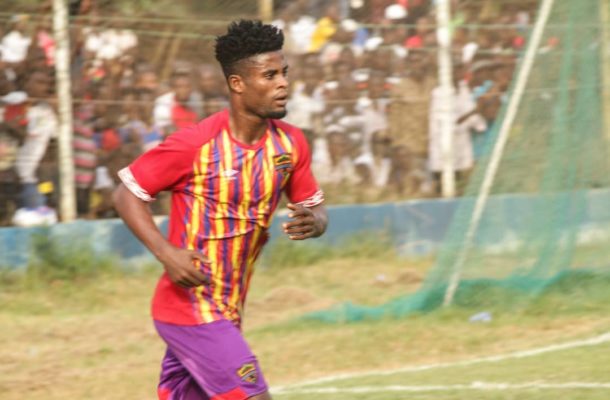 The 18-year-old sealed the day for the Phobians, grabbing the 4th from a goal-mouth scramble with a minute to end the game.

Afryie, going into the weekend, had gone blank out of 9 matches and the pressure kept on mounting on the former National U23 star.

He was the biggest culprit of profligacy when the Phobians were held  0-0 at Accra Sports stadium against Ashgold.

But his moment of grace came in a grand style in their week 14th clash  on Wednesday as he completed the grand massacre of their city rivals.

This happens to be his first goal for the rainbow family ever since he made his debut as substitute against Liberty Professionals in the week 5 clash, a match the Phobians won by 2-1.

He then made his full debut against Kotoko in a highly contested Super Clash in Accra on match day 6 and had  maintained a starting position in seven outings for coach Odoom, until he began from bench again in their week 13 clash against Elimina Sharks.

But the former Madina republican star returned to the starting line up on Wednesday and had a scintillating performance on the day.

His 15-yard precise strike was too heavy for Olympics goalkeeper Ayuba to stop, resulting in the third goal for  Hearts.

A brace from midfielder Benjamin Afutu and a goal each from Joseph Esso and Afryie defined the literature of the game in the "Mantse derby".