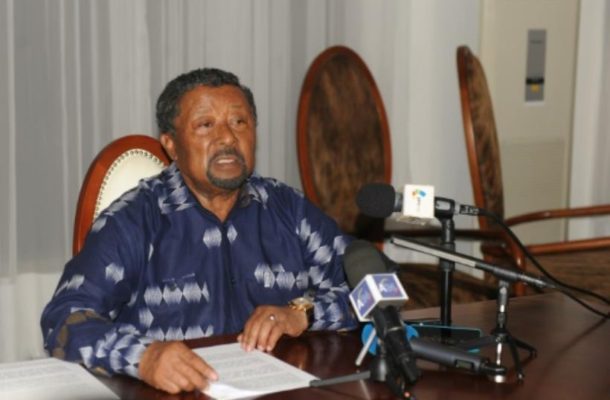 Libreville (AFP) - All eyes in Gabon were on Jean Ping on Thursday, as the opposition leader had only a few hours left to take his claim of presidential election fraud to the country's highest court.

With the clock ticking on Ping's court bid, the government meanwhile said a planned visit to Gabon of African Union heads of state had been indefinitely postponed.

Any appeals against provisional results of the August 27 presidential election -- which gave incumbent Ali Bongo a razor-thin lead over Ping -- were supposed to be lodged at the Constitutional Court by 4 pm (1500 GMT), but the court has the power to delay this deadline until midnight.

Ping insists he won the election.

"So, is he going to court?" anxious citizens asked journalists towards the end of the day.

Bongo himself has said he will contest a number of results attributed to his rival.

Ping, who believes Bongo has the court in his pocket, seems to be waiting until the last moment before showing his hand. Presidential elections in Gabon: national results and by regionThe August 31 announcement that Bongo had beaten Ping by fewer than 6,000 votes prompted several days of riots amid opposition claims the election had been stolen.

During the unrest, the parliament building was set ablaze, many shops were looted and life in the capital brought to a standstill.

The government says three people died in the unrest, dismissing some opposition claims that between 50 and 100 people lost their lives.

Citing Gabon's constitution and election laws, Bongo has dismissed Ping's demand that a recount take place before any legal challenge. 
"If we go to the constitutional court, we will enter a trap we can never escape," a close associate of Ping said late Wednesday.

"The dice are loaded at the court," he said, comparing the institution to "the Tower of Pisa that always leans the same way".

But he conceded the wisdom of keeping the fight within the law.

"That's what France, the US and the European Union are asking," he said, adding that he hoped such international pressure would also be brought to bear to ensure a fair ruling.

France took pains Thursday to dismiss the common perception it was still a power-broker in Gabon.

"There is no more France-Afrique," he said, using a somewhat derisive term for Paris's close relationship with its former colonies.

"France is not here to make decisions for African countries; we are here to help find a solution and support the African Union (AU) mission," he said.

Announcing the shelving of the AU delegation's visit, Foreign Minister Emmanuel Isozet Ngondet said such a mission was uncalled for.

"There is no danger here, no explosive security or humanitarian situation which justifies a rather robust intervention from the international community," he told a news conference.

An AU "good offices" mission had been due in Libreville on Friday.

If the constitutional court gets involved, it will create additional breathing room for mediation; the nine judges have two weeks to examine complaints and declare definitive results.

Many fear that announcement, whichever way it goes, could spark another wave of violence because of the narrow margin between Bongo and Ping and the various claims of fraud.

The main bone of contention, especially for the international community, relates to results from the Haut-Ogooue province, Bongo's heartland.

According to figures from the election commission, Bongo won more than 95 percent of votes cast in the province, with a turnout just a shade under 100 percent.

"An analysis of the number of non-voters as well as blank and disqualified votes reveals a clear anomaly in the final results in Haut-Ogooue," an EU election observer mission said in a statement Tuesday.

Bongo accused some members of the mission of overstepping its mandate.

And the foreign minister said "many inconsistencies" had been noted in the observers' behaviour.

"We have the impression that the observer mission wanted to become a control mission," he said.