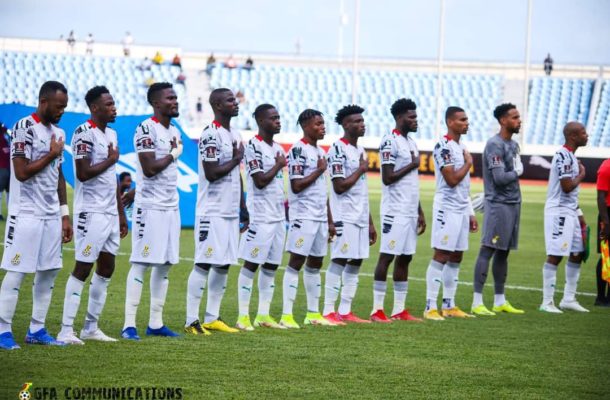 Former Black Stars defender and President of the Professional Footballers Association Ghana (PFAG), Anthony Baffor has urged key players of the team to stand up and be counted.

The Black Stars is at a crossroads and will need a win against Gabon after losing their opening match against Morocco last Monday.

Speaking to the team at their training grounds the former player urged the team to go for the kill.

”Captain Dede Ayew, Thomas Partey, [Mubarak] Wakaso, Jordan [Ayew], Baba [Rahman], Jonathan Mensah. Why am I mentioning you? Daniel Amartey- because you are people who have been in the team for long. People like you, you can’t allow yourself to have a bad day, added Baffoe.

Ghana will play against Gabon later this evening at 7pm at the Ahmadou Ahidjou Stadium.