Demigods in our body politics; mismanaging our natural resources 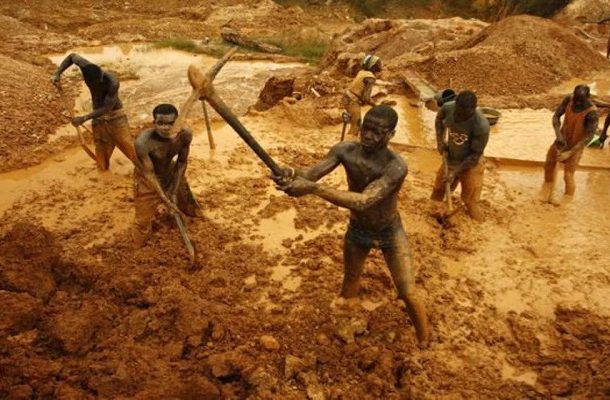 At times it's sad when these things come to mind. The struggle of our forefathers, the blood shared, the sacrifices from the Gold coastland to the Whyte man’s land.

It’s sad. Modern-day demigods in our body Politics with some unnecessary titles have ended up destroying our environment and also our natural resources. From Gold to cotton, everything have been destroyed due to someone’s parochial interest.

Political agenda being engineered towards our national resources and it seems no one is talking about it. All is not well when it comes to the management of our natural resources, and the truth is, it has not been well since Adam.

Would like to place my focus on “galamsey” and its effect on Cocoa production.

Recently, the European Union market announced its position on Cocoa production and export in Ghana. According to them, it will come to a time that they won’t need our Cocoa due to the nature of production. All these is as a result of illegal mining in this country.

Per the report, more than 5,000 hectares of cocoa farm have been destroyed due to illegal mining. In fact, this was done in someone’s interest, but not in the interest of the State. The way these foreigners are trooping in with their heavy machines, all in the name of illegal mining is mind-boggling.

What baffles me is that, you will get some indigenes supporting these foreigners to destroy our rich natural resources.

Politicians, aiding them to put our progress on hold.

We are more than sick, how can a country like Ghana import tomatoes from Burkina Faso, onions from Mali, plantain and others from other neighbouring countries? Are we serious at all??

If care is not taking, very soon we will import water from some of these countries. To be frank, Ghana Water Company Limited in a presser, warned us about this issue, because as I speak, these illegal miners have succeeded in destroying most of our water bodies. An intermittent water supply awaits us in the days ahead. The question is, who should we blame or hold responsible??? According to Minister of information, Kojo Oppong – Nkrumah Esq, the fight against illegal mining is a collective effort, which also has to do with a sincere approach. Is the Government ready for this??

The undiluted report indicates that China has produced their cocoa beans for the first time. The report indicates that Hainan has exported Cocoa beans to Belgium for the first, according to the China Academy of Agricultural Science (CATAS). The first batch of 500kg of cocoa beans worth, £3,044, about $3,600 dollars was produced in Xinglong, a township of Hainan in China with a tropical climate.

What I’m afraid is, Belgium is dubbed “kingdom of chocolate”, export of this china Cocoa beans to this country means a lot. It means, their cocoa beans have been recognized by the international market.

According to them, they are even ready to compete with the West African countries like Ghana and Cote D'Ivoire in mass production of cocoa in the coming years.

Any serious leader won’t and will never jubilate about this. The signs and symptoms of rejection have been exhibited by the EU market, and we have no choice but to do things right.

Ghana deserves better, we were not destined to go through this.

It’s time for our leaders to sit up and do things right.

The likes of Nkrumah, should rest in power.