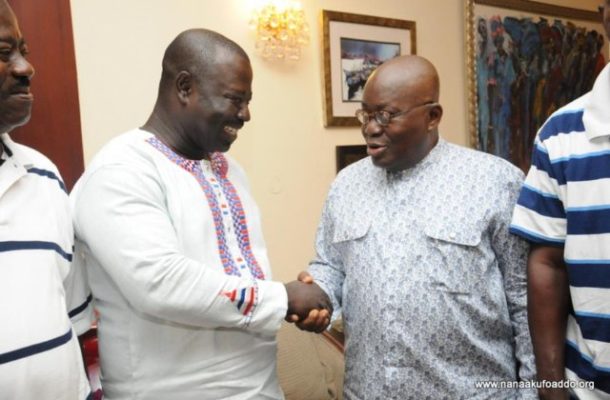 This follows the resignation from office on Friday of Joseph Tetteh, Member of Parliament for Upper Manya Krobo, a decision which has been accepted, with regret by the President.

Mr. Samuel Ayertey is currently a lecturer at the Koforidua Technical University, Koforidua, and was the New Patriotic Party’s parliamentary candidate for the Lower Manya Krobo constituency, in the Eastern Region, in the 2016 general elections.

The President is hopeful that Parliament will expedite the vetting of the new Deputy Minister-designate for the Eastern Region, so he can assume office as quickly as possible.

President Akufo-Addo thanked Joseph Tetteh for his service to the nation, assured him of his continuous support to enable him to retain the Upper Manya Krobo seat in the 2020 elections, and wished him well in his future endeavours.