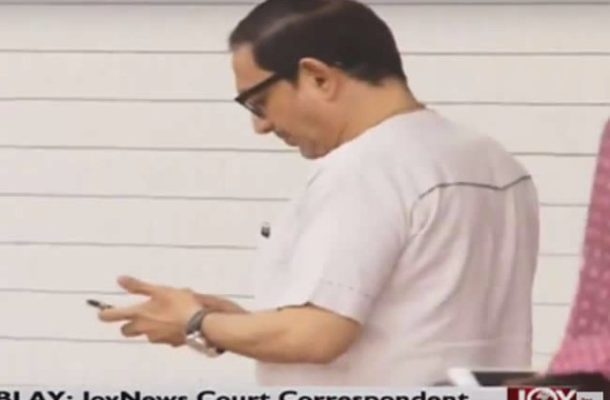 An employee of an Indian Company has been granted a GH¢50,000.00 bail with two sureties for allegedly forging documents of Jai Mai Communication and tendering it at the Registrar General’s Department.

His accomplice, Ashok Kumar Sivaram, the managing director of the company has been deported.

Otempong will re-appear on May 29.

Police Chief Inspector Francis Tassan told the Court presided over by Mr Emmanuel Essandoh that Sachin Nambeear, the Prosecution witness, is an international businessman and resident in India.

He is the owner and Director of Jai Mai Communication located at Laterbiokorshie in Accra while accused persons; Otempong and Sivaram are Secretary and director respectively of the same company, he said.

Otempong was employed as a clerk and Sivaram as the director whereas their colleague, one Robert Quartey as the secretary of the company.

The Prosecution said in 2010, the two accused removed Quartey as the secretary and Otempong acted instead without the employer’s knowledge.

He said in July 2017, Nambeear visited Ghana and during regular checks, he detected that his signature had been forged on one of the company’s forms from the Registrar General Department for re-registration.

A formal report was made to the police for investigation, where the two were invited for assistance.

Sivaram was found to be involved in a similar case, and he was deported.

After further probing, Otempong was arraigned.