My disability is a gift—says man who drives with his feet. (Photos)

An Indian man, Vikram Agnihotri, who lost his arms when he was just 7, uses his nose and feet to play tennis, swim and even drive.

The 45-year-old lost his arms when he accidentally touched a high voltage wire. He says he has taken his disability as 'a gift' and has learnt to do basic tasks such as; shave with his feet, operate his phone with his nose, swim; gym every morning and play tennis using his shoulders.

According to MailOnline, Mr Agnihotri was an active child before the accident which claimed his two hands happened. He has refused to let the tragedy hold him back as he has employed a technique which allows him to use his disability to do many things. One of such is his unusual skill in driving, an act which has baffled many who has come in contact with him. 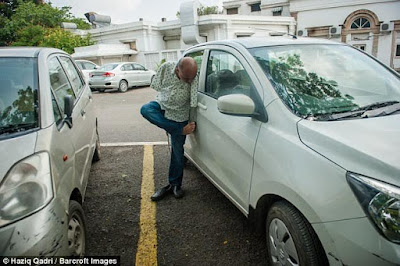 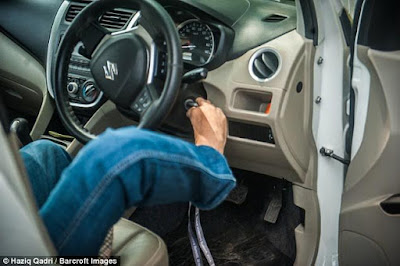 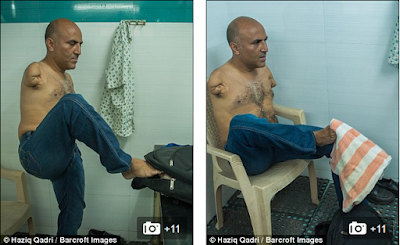 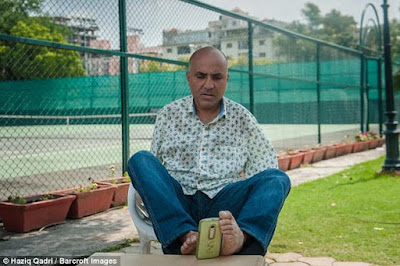 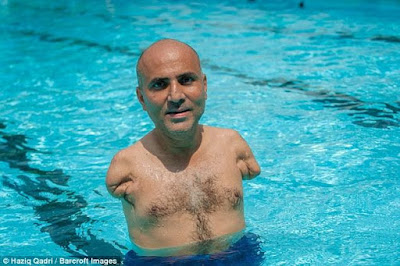 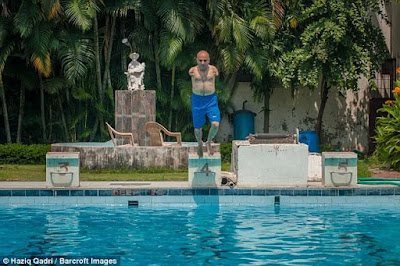