Dissolve MMT board, they are corrupt - Ex-NDC MP tells Gov't 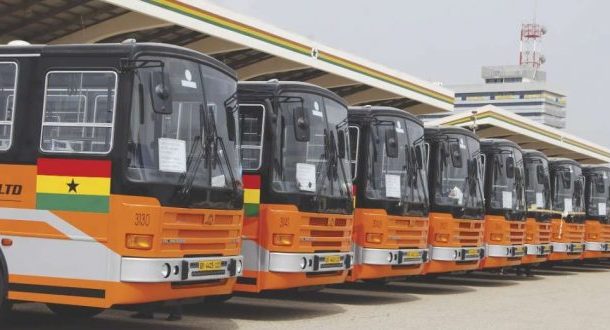 Former National Democratic Congress (NDC) Member of Parliament for Ablekuma Central Constituency Theophilus Tetteh Chaie has called on Government to dissolve the board of the Metro Mass Transit Limited.

According to him, the recent scandal at the public transport company does not only involve the Managing Director, adding that the who board needs to be sanctioned.

Last Monday, an emergency board meeting is said to have been held by the transport company, at which a decision was taken to ask Managing Director Bennet Aboagye and his Personal Assistant, Yiadom Kessie, to proceed on leave.

Communicating the decision on Wednesday, April 18, the board chairman, Ahmed Arthur, in a statement said an investigative committee has been set up to look into allegations against Mr Aboagye.

According to the statement, the MD will be given an opportunity to respond to the allegations, which are being leveled by the staff.

Speaking on the issue on TV3’s New Day on Monday, Mr Chaie said he is convinced there “is going to be a cover-up”

“There are issues that also involve the board of Metro Mass [Transit Limited].”

He said the president, Nana Addo Dankwa Akufo-Addo, “should allow the BNI to go into this”.

“I have a lot of information about Metro Mass,” he asserted.

“It is not only the MD that has to leave,” the former Chairman of Parliament’s Committee on Roads and Transport said, “the board has to be dissolved.”

He said the board is only making a scape goat out of the MD “in an attempt to ensure that the whole set-up does not collapse”.

He said the malfeasance that festered under the interdicted MD “could not have gone on without the tacit support of the board”.