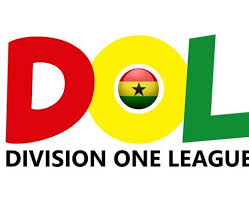 The Ghana Football Association has confirmed to the Division one League board in a meeting today to supply each of division 1 clubs with fourty football and four bibs for the new season.

Ghanaguardian.com understands that, GFA is giving out the footballs and training bibs out to the division one clubs to fullfill the campaign promise of president Kurt Okraku.

The Division One league board to be chaired by Kwasi Agyemang stated 28th of December as the league kick-off date.

Registration of Division one players have been extended to 13th January while No officiating fee would be paid by clubs.

Also every club should appoint Safety and Security personnel and submit his name to the GFA before the league starts.

Each DOL club will pay Ghc2,500 as subscription (affiliation) fee.

Player registration (cards) slashed from Ghc25 to Ghc10 this season. Working towards making it entirely free in subsequent seasons.

Already several clubs are training ahead of the new season.