Does sperm really go bad in your 40s? 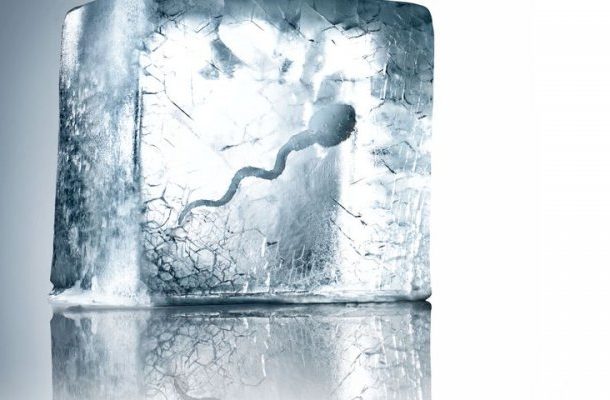 As if you didn’t already have to worry about an aging jawline, receding hairline, and expanding gut, new sperm-cryobanking companies are telling you that your sperm is getting old, too.

Firms such as Dadi and Legacy are selling fertility insurance to men via an urgent appeal to freeze your sperm now or be in trouble later.

(“Store Your Sperm. Stop the Clock,” as Dadi puts it.) No need to go to a facility to awkwardly produce a sample.

The companies let you do the gathering at home and mail in what you’ve got.These cryobanks, each less than two years old, make two pitches based on real fears—one legitimate, the other a little cynical.

First, that you’ll be one of the growing number of guys who won’t have kids till they’re 40—a “danger zone” in which sperm concentration, motility, size, and shape worsen and sperm starts to show DNA damage.

Some research has linked over-40 sperm to a higher likelihood of kids with issues like autism, cancer, and ICU stays as newborns.

And second, that if you don’t freeze now, you risk further subjecting your sperm to the hell that is modern-day living (pollution, increased STDs, a sedentary lifestyle, laptop use, poor diet—the list goes on).Both age and lifestyle are factors that can erode the semen quality of even healthy guys, says Ashok Agarwal, Ph.D., director of research at the American Center for Reproductive Medicine at the Cleveland Clinic. But icing your sperm is not cheap, nor is it a guarantee.What sperm freezing companies offer

The kits vary in price. You’ll get a semen analysis for $99 to $350, depending on how detailed it is; Dadi also requires a storage commitment up front of about $100.

(It can cost you even more if you do the donation and testing at a fertility center.)

And while fertility services are increasingly covered by corporate insurance plans—a new bill would even require the DOD to pay for both sperm and egg freezing for combat-zone-bound military members—sperm hasn’t quite gotten the insurance coverage that eggs have yet.

Even “good” frozen sperm isn’t a guarantee you’ll have kids, since sperm is only part of the equation, of course.

And when you freeze, only about 50 percent of sperm survive the process.Is sperm freezing ever the right choice?

There are cases when freezing is the right call, namely if you have an issue that can hurt semen quality, such as if you’re about to undergo chemotherapy or you’re in the military and want to protect against a worst-case scenario that could leave you infertile.Otherwise? “Young men do not need to proactively freeze their sperm,” says David Ryley, M.D., a reproductive endocrinologist at Boston IVF.

“If men want to enhance their fertility, they should do what they know they should be doing.”

That being: Keep it to a max of two drinks a day, don’t smoke, and lay off the bourbon-vanilla-bean-truffle ice cream.