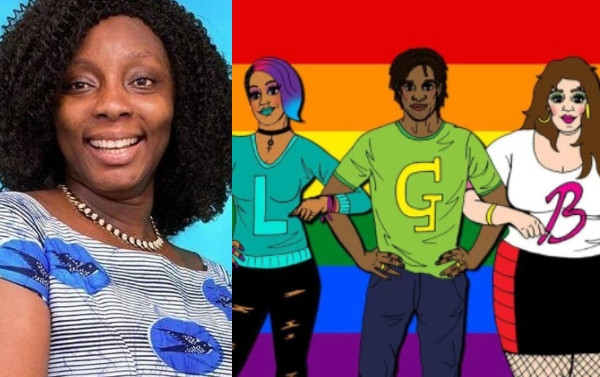 Taking a swipe at Pastors for not doing enough to deliver homosexuals that attend their churches, the Ghanaian counsellor alleged that Pastors are now interested in the offering they get instead of their flock.

Counselor Charlotte Oduro further stated that homosexuality is a spiritual thing which shouldn't be dealt with physically.

“Men of God are no more Spiritual, they don’t pray because they think they have made it already. All they think about is the Offering, give more. Give more for what? The souls that would give you the money, they no longer care about them.

It a spiritual thing and we don’t deal with it physically. I don’t judge people like that because we are not in their shoes” she said.