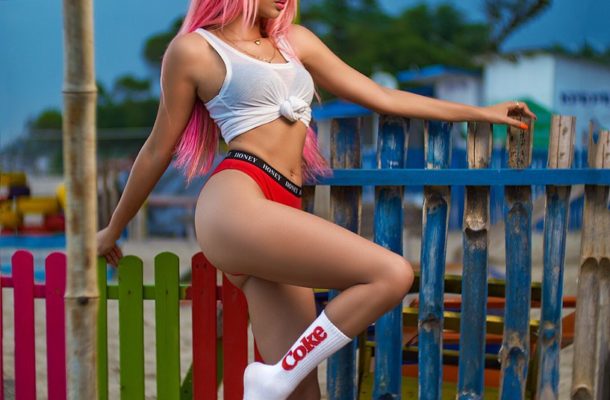 Deborah Vanessa Owusu Bonsu widely known as Sister Derby has refuted several publications that she has found a new replacement after she was jilted by rapper Medikal.

In a series of posts on her Instagram story, the 'Kakalika love' hitmaker went to a restaurant to celebrate the birthday of one of her ’sons’ which was reported that she had found a new love.

In response, Sister Derby took to Twitter to rubbish the claims, stating that she is still single.

"Don’t believe the blogs. I’m single and free pls. They want to spoil my market for me. Walahi  I don’t do things in secret. I like to be free I beg".

She added: "Because I’m not talking, amateur blogs are creating false news about me. Let me make this clear, I’m all for the truth. I was happy in my previous relationship, but I am very happy now being single. Let me enjoy pls".

Don’t believe the blogs. I’m single and free pls. They want to spoil my market for me. Walahi ??? I don’t do things in secret. I like to be free I beg. pic.twitter.com/foEr46z8li
— Sister Deborah (@deborahvanessa7) January 30, 2019

The sultry multi talented model/TV host and her boyfriend of 3 years, Medikal broke up few months back with Medikal moving on with actress, Fella Makafui.

The relationship which prompted Sister Derby to release a song in which she laughed off the love brewing between Medikal and Fella, claiming the pair were behaving like cockroaches at the time they started seeing each other at her blindside.