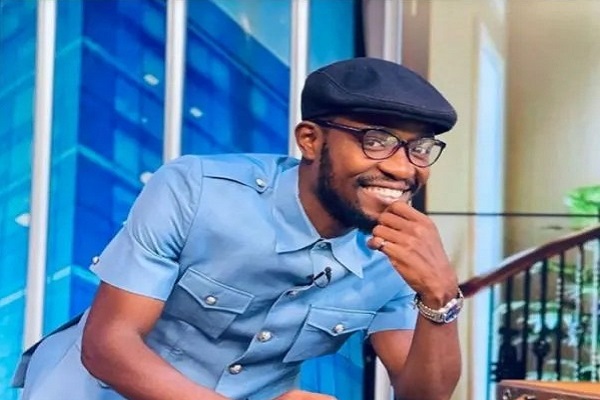 GES has relieved Teacher Kwadwo of his duty

A presenter with Amansan FM UK, has reacted to the brouhaha surrounding the dismissal of Michael Owusu Afriyie aka Teacher Kwadwo from the Ghana Education Service  (GES).

According to Lady Gee, the professional teacher and education activist should take a step back and examine his own behaviour.

In a Facebook post, she could not fathom why someone who has lost an ambassadorial deal will play a trick with his teaching job. She, therefore, advised him not to allow the notoriety he has garnered for himself on social media to destroy him.

She wrote, "Last year by this time, teacher Kwadwo lost his brand ambassador contract. This year, he has lost his teaching job with badmouthing his principal and GES. Man, sit down and check yourself. Don't let fame destroy you." 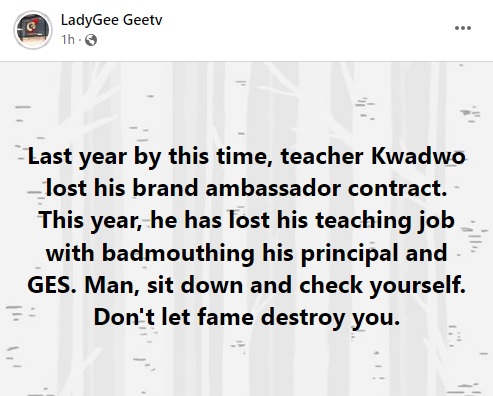 One can recall that Teacher Kwadwo on Saturday, December 18, 2021, announced on his Facebook page that he had received a letter from the district office of GES which implicates him for misconduct, thus the decision to sack him.

The  GES has since come out citing absenteeism, failure to prepare lesson notes and highest level insubordination as the reasons it decided to terminate Teacher Kwadwo's appointment as a professional teacher.

But the embattled teacher has responded to his lay off, describing the claims as false, misleading and unfair. According to him, they took the stance to axe him over his #FIXGES advocacy.

He has vowed to contest his sacking in the law court.