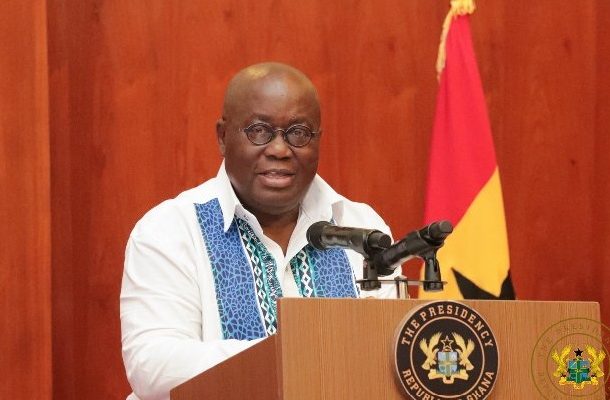 President Nana Akufo-Addo has indicated that he has acquired a new moniker due to the successful implementation of the newly-introduced double-track system in Ghana’s education sector.

The double track system which was introduced by the Akufo-Addo led government as a measure to control the high intake of student due to the Free Senior High School programme was rolled out into the various senior high schools in the country this year.

President Akufo-Addo in a speech delivered at a dinner held in his honour at the residence of Ghana’s Ambassador to the U.S.A. on Sunday, 24 September 2018, said the double-track system is one of the important achievements of his government.He said: “A couple of weeks ago, we entered the second year of our free senior high school programme. This year, we had to accommodate double the number of students that we accommodated last year.“In the first year, 90,000 extra young boys and girls entered the senior high school system than they had a year before. This year, it is double that number, which is 180,000, and because we are determined to continue the programme and make sure we broaden access to education in Ghana, we had to devise a way of using the existing infrastructure to accommodate this larger population of students and what we have come out with is the double-track system.“I did a tour of the Central Region just before I came and I discovered there that, that is in fact my name – ‘Nana Double-Track’, but we had to find a way to do it, and God-willing, so far, it has worked very well.“The first stream, the Green Stream, all of them have been fully accommodated and in November, the Yellow Stream will also go and it seems to have gone on very well. So, for that I’m very grateful to especially, Mathew Opoku Prempeh and Dr Yaw Adutwum, the two ministers who have been shepherding this whole process.“This is an important achievement that we have made. I’m hoping that by the end of the term, we’ll be in a position to accommodate everybody in Ghana.”Nana Akufo-Addo also disclosed his desire to introduce a law that will compulsorily keep Ghanaian students in school until after senior high school.“In fact, it is my view that we move to compulsory legislation for our educational system, have a law that says that every single Ghanaian child must go to school and stay in school until the end of secondary school and I’m hoping that by the end of my term, such a law will be on the statute books of our country,” he stated.