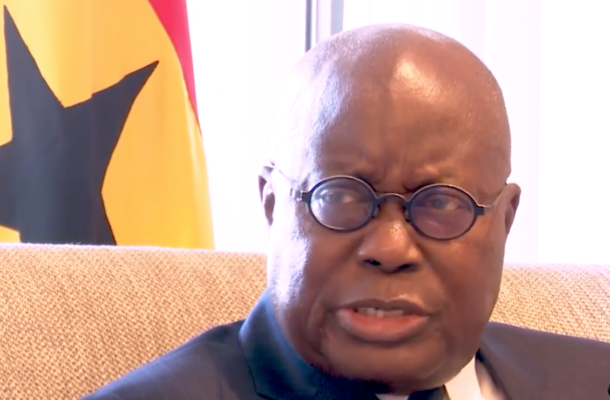 In Ghana now under Nana Akufo-Addo, there are certain things that are so obvious or you say to repeat what someone has said but you will be attacked, insulted and if you are not lucky, you will be banned from entering your home town.
The Judiciary You dare not talk about the Chief Justice and the Judiciary. H.E. John Mahama made an obvious statement like “It will take a new Chief Justice to repair the broken image that the judiciary has acquired over the last few years” Come and see how the NPP, who don’t know how to even manage the cedi were on him. But is what John Mahama said different from what Ken Dapaah had already said?
Afrobarometer after afrobarometer, has it not come out that the Judiciary comes next to the Executive in corruption in the three arms of government?
Chief Justice Anim Yeboah took over a corrupt institution and since taking over, what has he done to even reduce corruption in that institution? Hasn’t it been worse and wouldn’t it take a new Chief Justice to clean up the mess?
And who thinks the NPP can clean up the junk it has gotten Ghana into? Isn’t it obvious that a new political party is the one to get us out of this junk? Why do we attack the messenger, when what he said is the obvious.
Galamsey The government talks of fighting galamsey but then when you suggest means to fight it, you get yourself into trouble. Akwasi Addai Odike, suggested ways and means for fighting galamsey but unfortunately, he is now fighting for his identity. The truth of the matter is Odike repeated what Otumfor Osei Tutu II said some months back concerning the involvement of the chiefs in fighting galamsey.
So now with Oyerepa station’s experience, no radio or TV station in Ghana would want to talk about how to fight galamsey. Going forward, anything the government will say about fighting galamsey is just a window dressing and a joke. No radio station will follow it up and get itself into trouble. The chiefs, especially those in Ashanti Region, have found their own way to introduce the culture of silence on galamsey.
Can’t we say that Nana Addo and his government have lost the fight against galamsey and it will take a new leader from a different political party to win the fight? Can we say that?
Nana Appiah Mensah (NAM 1) NAM 1 too, has become somebody in Ghana you can’t talk about him because Maame Tiwaa said there is no law under the constitution of Ghana to prosecute him.
Meanwhile, there were laws to close down his business, laws to freeze his assets, paid some people to chase him from Dubai and distributed some of his assets to some of the people he defrauded. So as a former boss of the CID and EOCO, can’t Maame Tiwaa go to jail for her negligence and incompetence on the job?
A country is at crossroads when the obvious is spoken but some people are uncomfortable listening to it. John Mahama and Odike spoke the truth and it will only take a new leader from a different political party to change the status quo by cleaning up the judiciary, winning the fight against galamsey and getting justice for those NAM 1 defrauded.