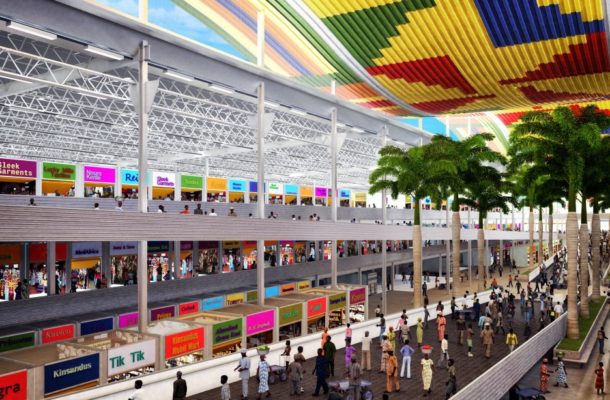 For the first time in the history of modern Ghana, Ashanti Region has become a focus on the next election in terms of infrastructure and what Nana Addo promised them in 2016. We all know Ashanti Region is the stronghold of the NPP, and in every election, all that the flag bear of the NPP did was to visit the region once or twice, and he gets over 1.5 million votes.

He didn’t need to show anything but this time, the youth in Ashanti are saying No Way. In fact, the youth led by one Gyata Ba, gave Nana Addo, one week to come to Ashanti Region and show them what he has done for the region between 2016 and 2020, or else they will advise themselves.

Talking about infrastructure in Ashanti Region, Nana Addo promised some chiefs to build all sorts of things for them. Nana Addo is in some regions, now cutting sod for the things he promised in 2016. Some of the chiefs have rejected him. They have seen that Nana Addo is not trustworthy. I hope the chiefs in Ashanti will for once, see Nana Addo as who he is: A lying President.

In 2017/18, the Kumasi Businesses Association complained about some 3% tax that collapsed their businesses. How are you guys doing? I hope on December 7, you will not allow yourselves to be fooled again because your businesses are in Ashanti Region. Let your votes speak for you.

How are you also doing, Suame Magazine workers? There is a law that will kick-in next month. That law will eventually kill your businesses because no one will be allowed to import scrap cars into the country. John Mahama has already said he will abolish that law immediately he comes to power. You have the opportunity in Ashanti Region to vote and kill your business or vote to keep it.

Hello Okada and galamsey operators in Ashanti. How has life treated you under Nana Addo? Your life will be more miserable if Nana Addo wins in December, because he is coming to permanently ban your operations. This is an open secret.

The Youth in Ashanti Region threw a challenge to Nana Addo to show them what he has done for Ashanti Region. He has disrespected them by not showing up because he thinks his 1.5 million votes is secured.

I am also challenging the Youth, chiefs and businessmen in Ashanti to be critical thinkers and vote on December 7 according to how their lives have deteriorated under Nana Addo. You should not let your votes be taken for granted. Stay home if you wouldn’t vote for NDC. You should also have a better life even though you live in Ashanti Region.

By the way, who are the delegates who voted for Wontumi to be the chairman in Ashanti Region? Did they include people who are learned, intellectuals and wise? I hope not. No party in Ghana apart from the NPP, will elect such trash to lead them, especially in their stronghold. On December 7, Ashanti Region too will vote wisely. Aba no, Mahama afa!!!

Dr. Lawrence is the Founder of the Diaspora Progressive Movement in USA.