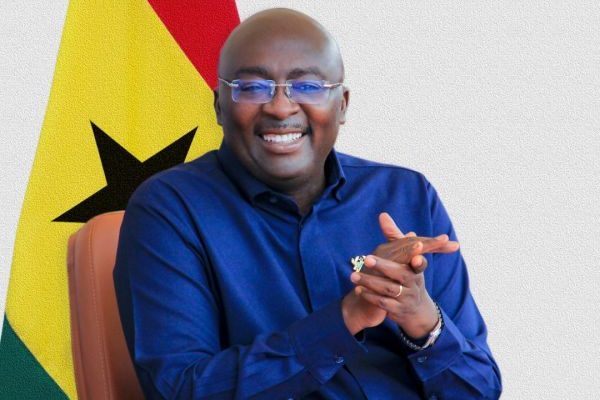 The Kufuor Administration's enormous achievement from 2001 to 2008 cannot be underscored without including Dr Mahamudu Bawumia, who, along with others, made an important contribution.

It is not surprising, however, that President Kufuor, a man endowed with wisdom and careful with his words, does not mince words and continues to trumpet Dr Bawumia's credentials at every chance.

Given the stakes, a party like the NPP and other major political parties are unlikely to compromise their chances by nominating a stranger as their running mate. Even though Dr Bawumia was not a politician, he was no stranger to the then-NPP government.

He was a backroom pillar of President Kufuor's administration, working closely with Yaw Osarfo Marfo, Kwadwo Baah Wiredu of blessed memory, Paul Acquah, Anthony Akoto Osei, and a slew of other dignitaries in government and the party at the time.

Dr Bawumia's demonstrable technical expertise led to his rapid and remarkable climb from Economist to Snr Economist, Head of Department, Special Assistant to the Governor, and eventually Deputy Governor before being nominated as Nana Akufo Addo's Running Mate (as he then was).

His indelible footprints are visible in many of President Kufuor's administration's triumphs, particularly in finance, banking, and the economy. Dr Bawumia, for example, headed the Bank of Ghana team and was also a member of the Government of Ghana team that negotiated the HIPC assistance project in 2001.

The HIPC initiative resulted in the cancellation of nearly $4 billion in debt, which was stifling the government and limiting national growth and progress at the time.

The HIPC initiative has resulted in considerable rural development across the country in the fields of education, health, and infrastructure, which are still useful to both rural and urban Ghana. Despite its controversy at the time, the HIPC project offered a fiscal space that enabled President Kufuor to accomplish his transformational agenda.

Dr Bawumia oversaw the soundness of the country's banking system as a Deputy Governor in charge of financial stability.

During that period, Ghana had an influx of several universal banks across the country. Indeed, because of the banking sector's robustness at the time, many banks were pursuing clients and potential clients with credit facilities.

Ghana was able to raise $750 in the international Eurobond issue for the first time in 2007. Apart from the fact that Ghana's Eurobond was four times oversubscribed, Ghana was the first country in Sub-Saharan Africa to accomplish that remarkable milestone.

More pleasing was the fact that Dr Bawumia, as Chairman of the Capital Markets Committee, oversaw the strategy used to raise this critical finance for the country in the international market.

Such is the characteristic of a brilliant and competent Dr Bawumia, who has consistently worked hard to guarantee that the NPP attains a higher height in its endeavours, whether in government or opposition.