Dramatic photos from the rescue of over 6,500 migrants in the Mediterranean Sea, 13 miles off Libya coasts 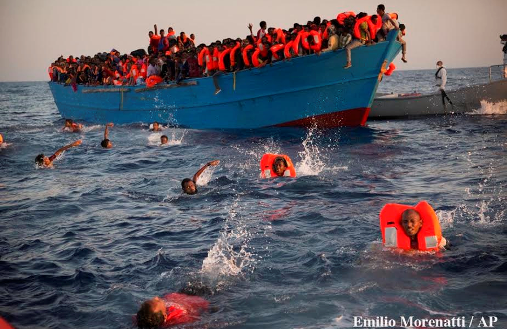 The series of rescue mission, which was captured on video shows the desperate  migrants, most of them from Eritrea and Somalia, jumping into the water from a crowded wooden boat  to swim to the coast guard vessels and others cheering as babies and children are carried on to the rescue ships.

According to AP, the migrants knew the small boats they used to cross the Mediterranean were too weal to make the trip, but left anyway, with the hopes of making it to the rescue boats, which were waiting just about 20 kilometres out of to sea. Among those rescued is a 5-day old and its twin. 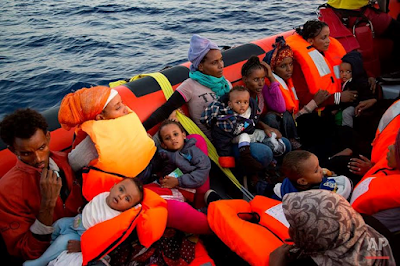 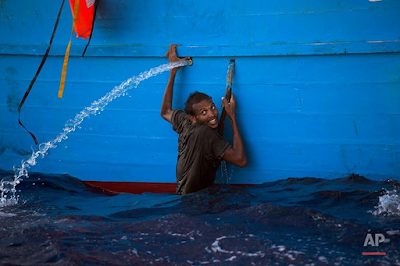 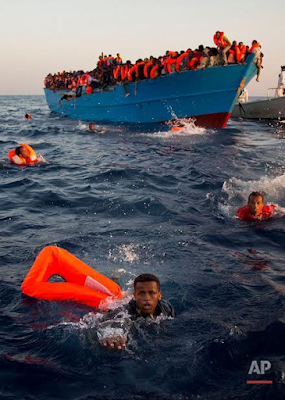 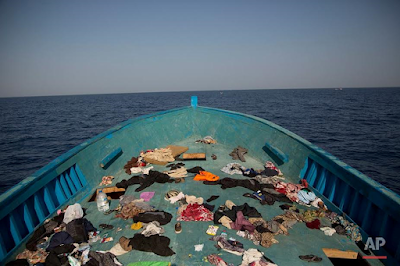 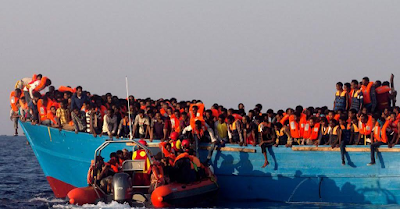 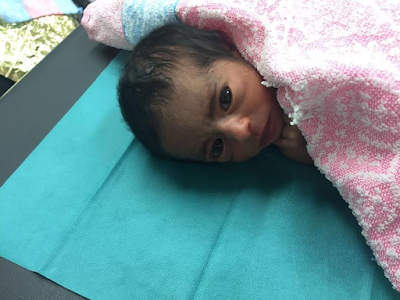 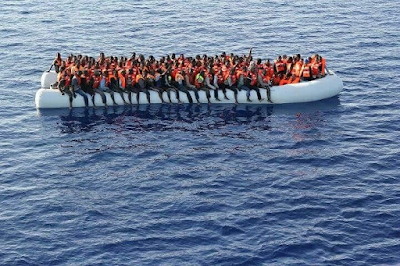 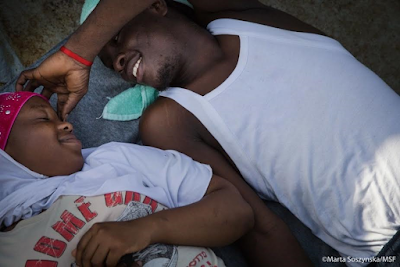 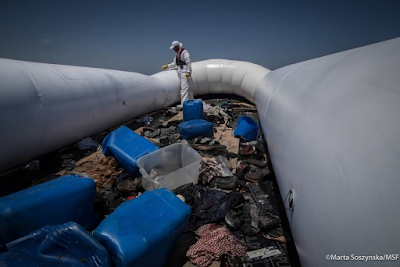 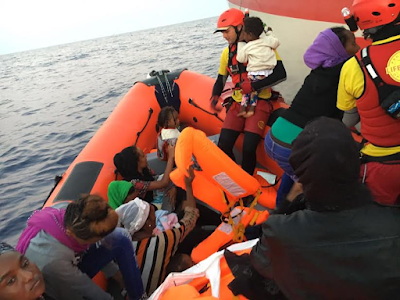 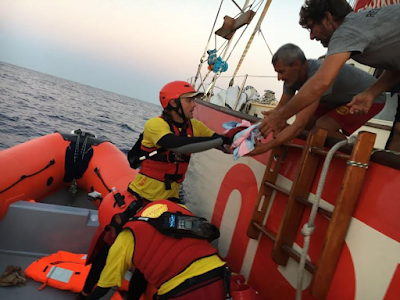 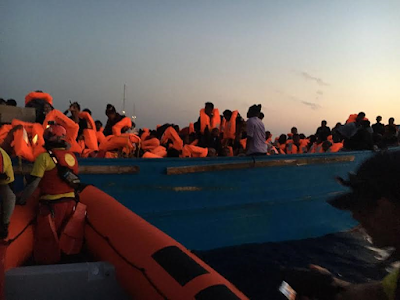 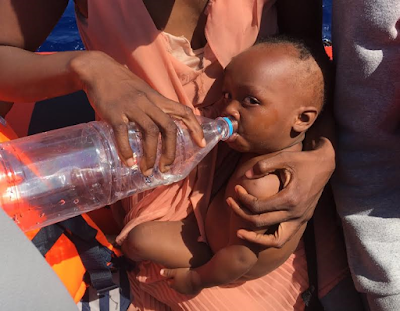