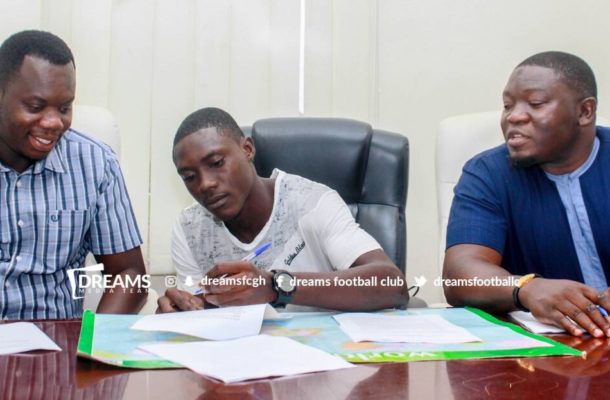 Dreams FC have completed the signing of youngster Ibrahim Issah from Royal Awudu Issaka Academy on a free transfer.

The budding talent  penned a four-and-a-half-year deal and will link up with the first team for the second half of the season.

Speaking in his first interview after signing for the club, the versatile attacker revealed he has big ambitions of making it at the ‘still Believe’ club.

“It’s a big opportunity to be in Dreams FC because it is a big club so I thank God for making it possible for me to be here.”

“I believe in the club because they make young people to become Stars and my aim is to make it to the top so I chose them.”, he added.

He is expected to add some more firepower to the Dreams FC’s attacking force.