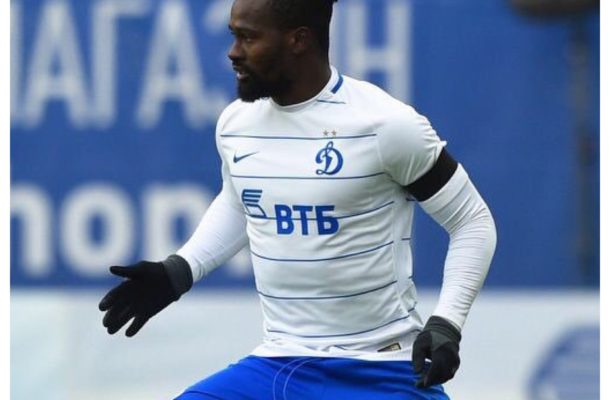 Ghanaian midfielder Aziz Tetteh expressed his joy after helping FC Dynamo Moscow to a 2-1 victory over Arsenal Tula in the Russian Premier League on Saturday.
The 27 year old was handed his debut since joining the Russian outfit in January 2018 from Lech Poznań.

Arsenal Tula took a shock lead in the 53rd minute through Dzyuba after a goalless first half to rattle the host at the Arena Khimki.

Dynamo however responded well, goals from Rykov and Cernych ensured they came from behind to secure maximum points.

The win could have been much more convincing but for a missed penalty by Panchenko in the 81st minute.

Aziz started and lasted till the hour mark when he was replaced by Obolskiy.

He took to his Twitter account after the match to appreciate what he described as a ‘wonderful experience’.