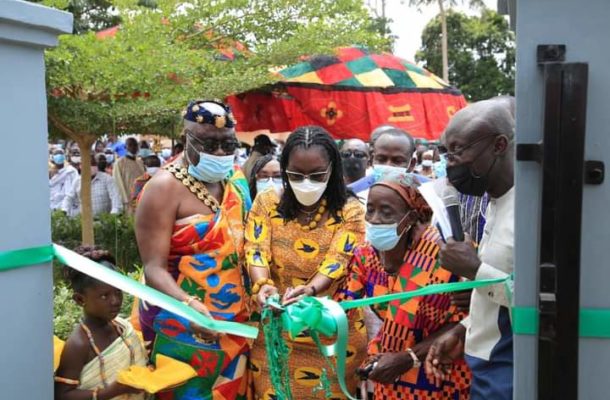 A community library and an ITC center have been opened at Akim Bieni in the Achaise District of the Eastern Region.

The ICT center was donated by the Education for Development Foundation, (E4D), a private initiative by the National Cyber Security Advisor, Dr. Albert Antwi Boasiako. 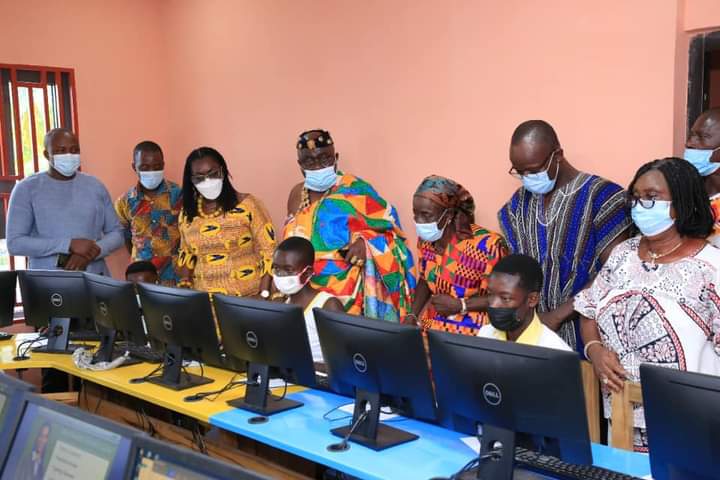 Named after Madam Janet Brako, the mother of the founder, the ICT center is expected to train and make ICT skills and technology accessible to the people of the Achiase and its environs.

Speaking at the commissioning of the project, Minister of Communications and Digitalization, Mrs. Ursula Owusu-Ekuful said, the ultimate aim of the facility is to prepare the community for the digitalization revolution that is sweeping across the world as the nation seeks to position itself as the technological hub and computational thinking of Africa. 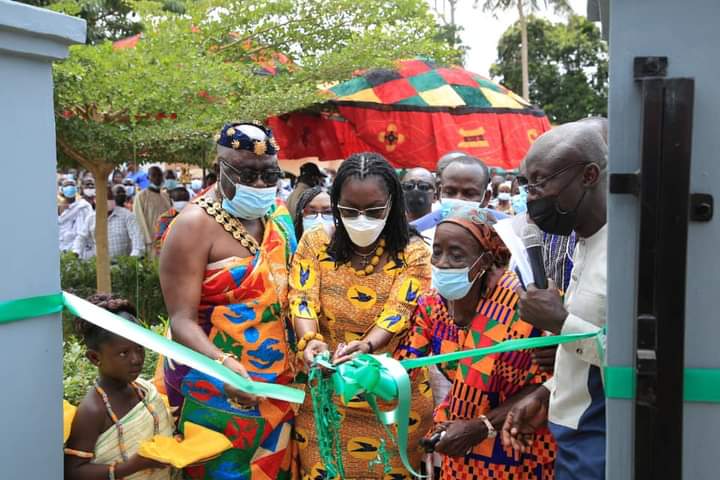 She charged the school children not to render the nation’s investment waste.

She also advised the pupils and the public to observe the COVID-19 safety protocols whenever they visit the center to avoid the spread of the coronavirus.

She charged them to practice the culture of maintenance so that the integrity of the edifice will be maintained for the benefit of other generations to come.

The founder of the initiative, Dr. Albert Antwi Boasiako showed his appreciation to the people of Beini and Kotoku for having a stake in his upbringing hence his motivation to give back to society.

On his part, the Deputy Minister for Education, Rev John Ntim Fordjour revealed that teaching in the country will soon change its style from manual to ICT with 60 percent of the programs being scientific and 40 percent being humanity.