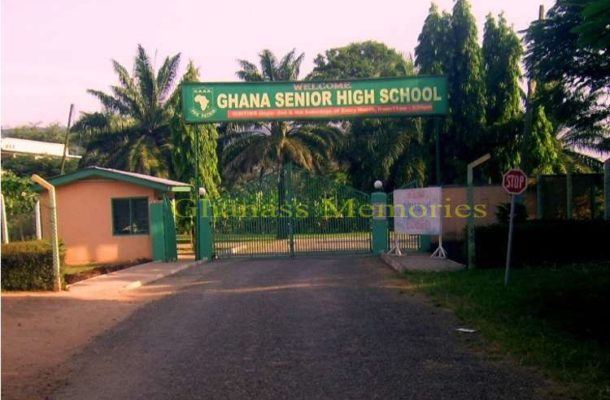 A First-year student of Koforidua Ghana Senior High School (GHANASS) identified as Joshua Yao Korkpartey Sarfo on Monday, May 28, 2018, stormed the Koforidua Effiduase Police station with a Pistol and a metallic implement to attack a Police investigator, identified as Noah Oppong.

Information gathered by Starr News Eastern Regional correspondent, Kojo Ansah indicates that the 19-year-old day student who hails from Accra is under investigation for stealing students mattresses in the school but was granted Police enquiry bail.

An eyewitness told Starr News the student stormed the Police station Monday at about 8:40 am with a metal bar and a locally manufactured pistol with one round of A.A Cartridge in the chamber and threatened to kill the investigator in charge of his case .

He said the situation created a chaotic scene at the Police station when Police officers attempted to disarm the student who has threatened to gun down anyone who comes closer. However, after few minutes, the Police were able to overpower and disarm him.

He was arrested and detained to assist investigation whilst the pistol and the metallic implement have been impounded by the Police.

The Headmaster of GHANASS, Rev.Abraham Osei Donkor, told Starr News he was not aware of the incident because he is currently at a meeting in Accra but confirmed that the student has been suspended indefinitely by the management of the school for his involvement in the theft case under investigation.