E/R: ‘Law student’ arrested for posing as Lawyer in Court 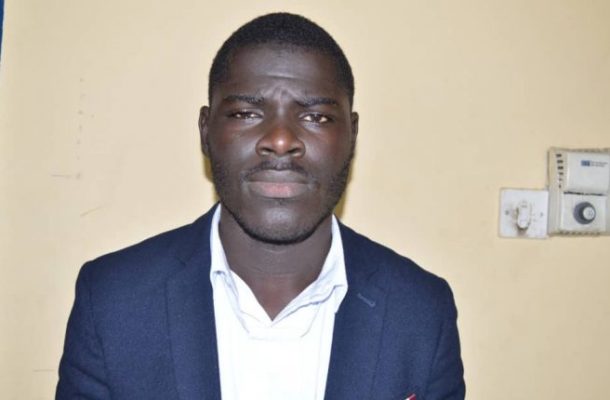 A fake lawyer, Emmanuel Marfo, 23, who claims to be a student of the Ghana Law School, has been arrested by the Police while presenting a case at Koforidua District Magistrate Court “A”.

The Suspect, dressed as a Lawyer with Lawyer’s bib presented himself to the Court as a Member of the bench representing a client in a Civil Suit which was before the Court Friday August 24,2018

However, the misconduct and violations of basic procedures by the suspect made the magistrate Judge, Her Worship Evelyn Asamoah, suspicious of the professional integrity of the Lawyer hence subjected him to strict interrogation upon which the suspect admitted not to be a lawyer.

He was arrested and handed over to the Eastern Regional Police command for his caution statement taken be ahead of prosecution.

Meanwhile, the Eastern Regional Secretary of theGhana Bar Association (GBA) ,Cyril Boateng Keteku says the Association will ensure that the suspect is prosecuted if found culpable after investigation to serve as deterrent to other quacks .

The suspect is expected to be put before court Tuesday.