E/R: Two in police grips for stealing 15 goats and 7 sheep at Asuboi 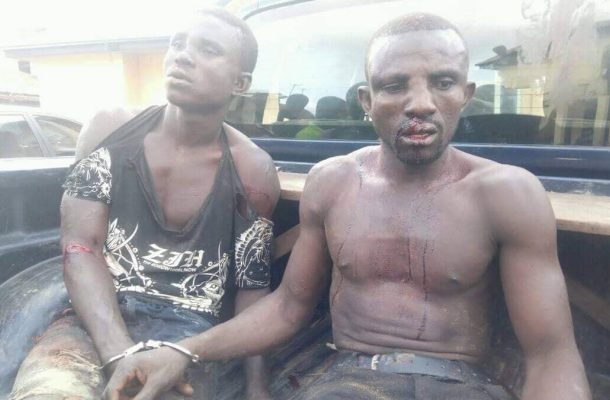 Two people suspected to have stolen 15 sheep and 7 goats have been arrested by the Suhum police at Asuboi in the  Ayensuano District of the Eastern Region.

The suspects are currently receiving treatment at the Suhum Government Hospital after being severely beaten by residents before their arrest.

Kwame Henry and Abu are from Akyem Abomosu and Accra respectively and are reported to have stolen the sheep and goats at Kade in the Eastern region.

The police patrol that made the arrest were led to the action by Lance Corporal Alexander Agyei after the suspects tried to escape with the animals in a Toyota Highlander with the registration Number GR 8996-N.

They abandoned the car and the animals and tried to escape through the bushes at Asuboi before they were apprehended.