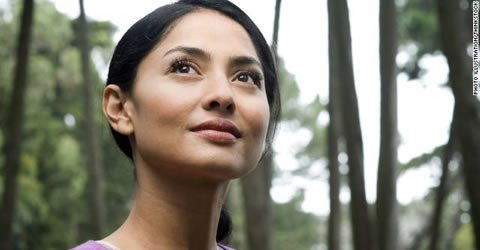 People's chronotypes — that is, their sleep and waking preferences — could affect their well-being, studies have shown.

Researchers from the University of Colorado Boulder and the Channing Division of Network Medicine at Brigham and Women's Hospital in Boston, MA, have decided to investigate the relationship between sleep-wake preferences and the risk of depression.

They did so by looking at the data of a set of participants from the Nurses' Health Study II, a large, ongoing population study focused on identifying the risk factors for major chronic diseases in women.

"Our results show a modest link between chronotype and depression risk," notes lead study author Céline Vetter. "This," she adds, "could be related to the overlap in genetic pathways associated with chronotype and mood."

This is the biggest and most thorough study into the link between mood disorders and chronotype conducted to date. The team's findings are reported in the Journal of Psychiatric Research.

Are early birds on the safe side?

In the new study, the researchers analyzed the relevant medical data of 32,470 female participants, aged 55 on average. All were depression-free at baseline, in 2009, and they reported any changes to their health status through questionnaires 2 years apart (in 2011 and 2013).

Vetter and team allowed for the impact of environmental factors, such as exposure to light and work schedule, on a person's sleep-wake cycle. Other risk factors for depression — including weight, level of physical activity, existing chronic diseases, and sleep duration — were also accounted for.

Of all participants, 37 percent identified as early risers, 10 percent as "night owls," and 53 percent as in-between these categories.

First, the researchers' analysis revealed that late sleepers/late risers are more likely to live on their own and less likely to be married, as well as more likely to have a smoking habit and to report irregular sleep patterns.

Then, even after accounting for possible modifying factors, the team saw that "early birds" had a 12–27 percent lower risk of depression than "intermediate type" participants.

Also, "night owls" had a 6 percent higher risk of developing this mood disorder than "intermediate types," though it should be noted that this risk increase is so mild it cannot be considered statistically significant.

According to Vetter, "This tells us that there might be an effect of chronotype on depression risk that is not driven by environmental and lifestyle factors."

Genetic factors, however, may play a role in influencing our chronotypes, the researchers explain. Existing family studies have suggested that, to some extent, when we prefer to go to sleep and wake up is down to our genes.

Other studies have also linked certain genetic variants, such as RORA and PER2, to both sleep cycle regulation and the risk of depression.

But Vetter notes that many other factors that influence sleep patterns also influence depression risk, and it may be difficult to assess them individually. Nevertheless, she suggests that this is something that researchers need to pay more attention to.

Also, though sleep-wake preferences may influence the risk of depression, Vetter stresses that this does not mean that people who are late sleepers and later risers will necessarily develop a mood disorder.

"Yes, chronotype is relevant when it comes to depression," she continues, "but it is a small effect."

Morever, Vetter says, individuals can take easy steps to modify their chronotype if they are worried that it impacts their well-being in a negative way.

"Being an early type seems to beneficial, and you can influence how early you are," she says, going on to say that people should aim to maintain good sleep hygiene, get enough exercise, and make sure they benefit from as much natural daylight as they are able to.