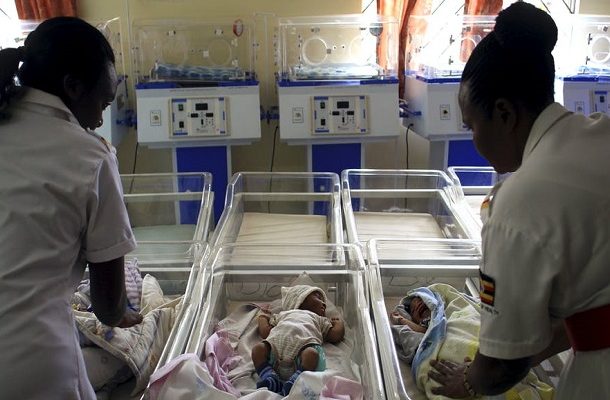 The Eastern Regional Hospital in Koforidua recorded 59 maternal deaths in 2020 as against 39 deaths registered in 2019, representing a 38.8 per cent surge over the period, the Hospital's Medical Director has said.

Out of the 59 deaths recorded, nine were pronounced dead on arrival as compared to three who were brought in already dead in 2019.

Dr Arko Akoto-Ampaw, Eastern Regional Hospital Medical Director, who disclosed this to the Ghana News Agency on the sidelines of a press briefing also said cases of hypertension among pregnant women increased from 377 in 2019 to 525 in 2020.

He described the surge in maternal deaths as unfortunate but stated that management was in the process of analysing the situation to establish the cause and deal with it swiftly.

He said the analysis of the situation would also, look at whether the COVID-19 pandemic situation contributed to the rise or not.

However, Dr Akoto-Ampaw said paediatric deaths decreased significantly from 77 in 2019 to 29 in 2020, while neonatal (less than 1kg) survival rate moved up from 15 per cent to 31 per cent, way ahead of the World Health Organization survival rate of 10 per cent in neonates.

He also said 227 confirmed cases of COVID-19 was recorded at the facility between January to March 12 this year with 26 deaths.

This included three health staff; one at the regional hospital and two from other health facilities.

Dr Akoto-Ampaw said COVID cases recorded within January-March 12 were almost twice the figure recorded in the whole of 2020 when the pandemic first hit the country.

He added that a total of 57 staff of the Eastern Regional Hospital were tested positive for COVID-19 during the period as against 40 in 2019 and urged the public to adhere to the health preventive protocols and also take the COVID-19 vaccine to help contain its spread.