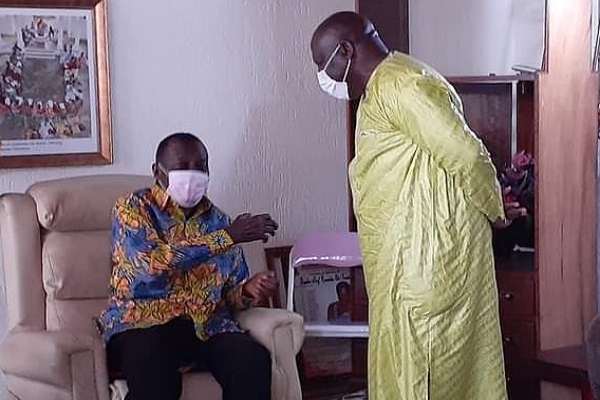 The Eastern Regional Minister, Hon. Seth Acheampong, has paid a courtesy call on the Omanhene of New Juaben Traditional Area, Daasebre Professor Emeritus Oti Boateng, at his residence in Koforidua.

The purpose of his visit was to formally introduce himself to the Omanhene and ask for his support during his tenure of office.

The minister was and his entourage were warmly welcome by Daasebre Oti Boateng as he talked about the success story of Ghana achieving its independence. He said that it was a collective effort and not solely based on an individual as has long been propagated in the minds of people by some political activists.

Daasebre advised Ghanaians to refrain from divisive politics which could derail the government from its development agenda. 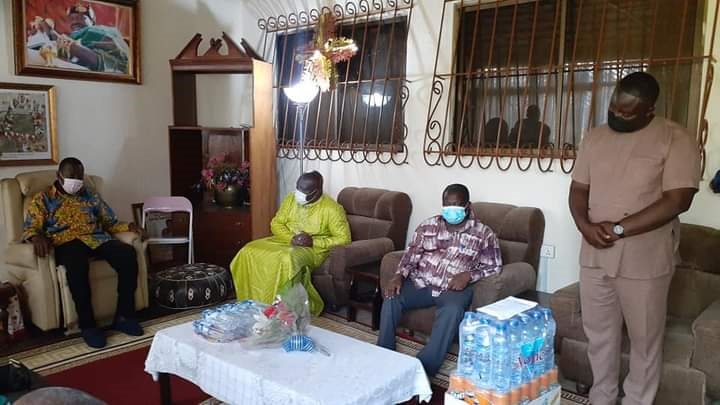 He emphasized on the exchange of ideas, networking, inclusivity and diversity of thoughts which would propel the country to go forward as was in the case of China.

“In ten years’ time, China will be the greatest economy whether America likes it or not,” He added.

The Omanhene also advocated for cleanliness in the New Juaben Traditional Area, code-named, ‘Operation Clean Community’ to help in the development of the region. He advised the MCEs present to assist the minister with their collective ideologies in the interest of the Eastern Region.

Hon. Seth Acheampong on his part expressed appreciation to the Omanhene for his kind and warm reception adding that he was hopeful the dream of the president shall be fulfilled. 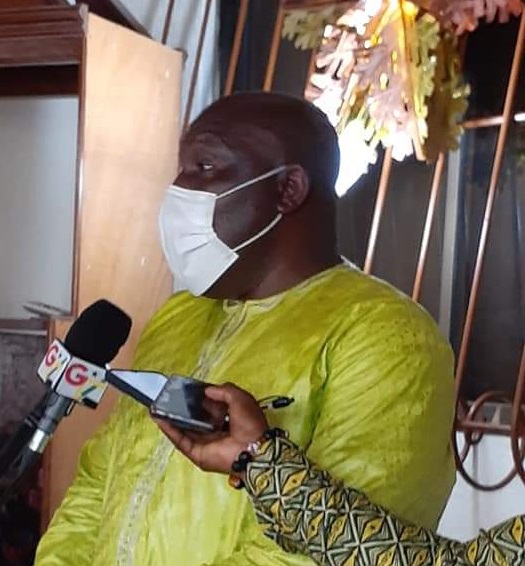 The minister told Daasebre he needed his blessings to work harder to elevate the region to metropolitan status.