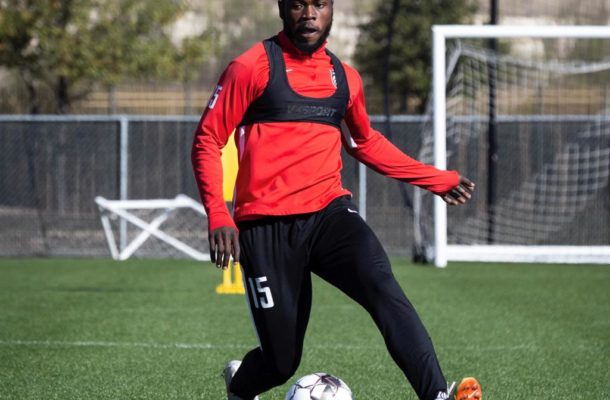 But his transfer his pending league and federation clearance.

Ackon was drafted by MLS side Chicago Fire during the 2019 MLS SuperDraft but could not be registered because the club have exceeded their quota for international players.

He has been handed the No.15 jersey.

''This is a great feeling,'' said Ackon.

''Ever since I got to the United States, I’ve dreamed of completing my education and becoming a professional soccer player, so being here is a dream come true. I’m starting my pro career here and I think San Antonio FC is the best place for me to be.''

With the addition of Ackon, the San Antonio FC roster currently stands at 21.

''We identified him early on the process and we are really glad he has been able to join us after being drafted by the Chicago Fire this year. He has had a good week of practice so far, and we are excited to be working with him in 2019.''