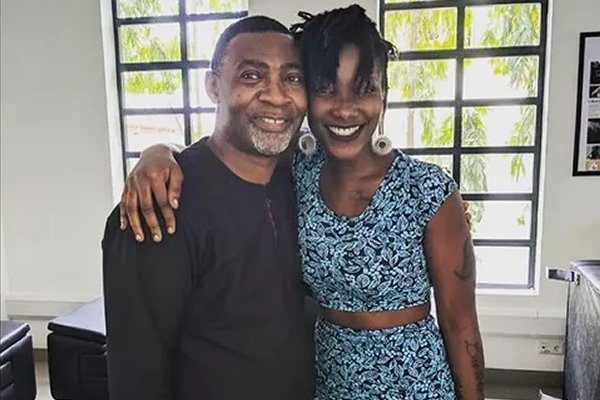 Founder of UK-based World Miracle Outreach,  Dr. Lawrence Tetteh, has said no one has spent as much as he has for the funeral of late dancehall diva, Ebony Reigns.

According to the renowned preacher, he paid for the casket as well as keeping of the body at the mortuary from her death till her burial.

Delivering a sermon at the funeral of the late musician at the forecourt of the State House on Saturday March 24, 2018, the man of God said he made the revelation known due to the comments by some people claiming to be sponsors of the funeral.

He said: “I bought the casket there; i paid for it” Dr. Tetteh said as he pointed to the black casket, a revelation that attracted applause from the mourners at Ebony’s burial service in Accra, adding “I paid for the keeping of the body at the mortuary”.

Justifying his decision to spend money on the funeral of the late musician, Dr. Tetteh explained he found the funeral programme to be a platform to share the word of God to the people, particularly those in the entertainment industry some of who he claimed were in bed with evil spirits.

Ebony died after she was involved in a gory accident on the Kumasi–Sunyani road on February 8, 2018 when she was returning to Accra from Sunyani.

Her friend, Franky Kuri, and a Military Man, Atsu Vondee, who is said to be her bodyguard on board a Jeep from Sunyani also died in the head-on collision with a VIP bus heading towards Sunyani from Kumasi.