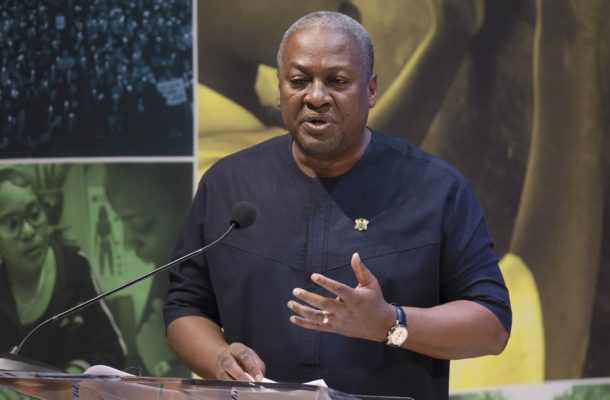 According to the Former President, the removal of Mrs Charlotte Osei and subsequent nomination of Mrs Jean Mensa as Chair of the Electoral Commission (EC) of Ghana by President Akufo-Addo is a regrettable move.

President Nana Akufo-Addo on Monday 23 July 2018, nominated the Executive Director for Institute for Economic Affairs (IEA) Jean Mensa as the next EC chairperson after he removed Charlotte Osei.

Her nomination has been rejected by members of the largest opposition party the National Democratic Congress who claim Mrs. Mensa is a dye-in-the-wool NPP member.

Mr Mahama in a post on Facebook on Tuesday, 24 July 2018 wrote; “Current controversy surrounding removal of EC Chair and deputies and subsequent appointment of new commissioners is regrettable and carries a potential to erode Ghana's democratic credentials,”Mr Mahama, who is on an observer mission in Zimbabwe, attached a photo of himself and Ghana’s former EC Chair Dr Afari Gyan, and wrote that he was “proud to serve on the same mission with the highly-respected former EC Chair, Kwadwo Afari Gyan, who for almost two decades established Ghana’s worldwide reputation for credible election management”.

Other nominated deputies include a political science lecturer at the University of Ghana, Dr Eric Asare Bossman; and Samuel Tettey, Director of Electoral services in charge of elections at the Electoral Commission.

Also Ms Adjoa Esuama Abrefa, a corporate legal practitioner with specialisation in land property acquisition, was named as a member of the commissioner.