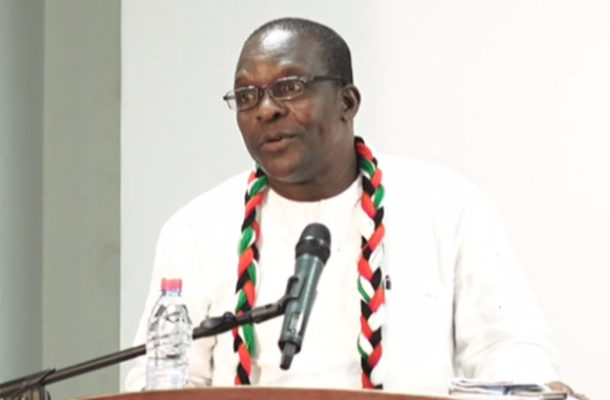 National Democratic Congress (NDC) Member of Parliament for Nadowli-Kaleo constituency, Alban Kingsford Sumani Bagbin, has urged the Electoral Commission Chair nominee, Mrs Jean Adukwei Mensa, to reject the appointement by President Akufo-Addo.According to the flag bearer-hopeful of the main opposition, the EC job is “too rough” for women adding that the fact that the dismissed chair of the EC, Mrs Charlotte Osei is a woman, does not mean her replacement ought to have been a another woman. Speaking in an interview on Accra based radio station, ClassFM on Thursday July 26, 2018, Mr Bagbin revealed that he had earlier given the same advise to the dismissed EC Chair Charlotte Osei when she was appointed by ex President Mahama.The Second Deupty Speaker of Parliament indicated that he is dishing out this advise of the Executive Director of the Institute of Economic Affairs (IEA) because he does not want Mrs Mensa to suffer the fate of her predecessor who was sacked by President Nana Akufo-Addo over certain breaches.Mr Bagbin said: “If you ask Mrs Charlotte Osei, she will tell you that I advised her not to accept that position. I told her I’ve been in the game and I know it and I told her that if she had another option like going to the Supreme Court, she should rather accept that, but she told me candidly: as for her, she is available to serve the nation in any capacity, and she got there and these are the results. It’s the same advice I’ll give to Jean Adukwei Mensa. If she also decides to risk it, so be it.”President Nana Akufo-Addo, on Monday, 23 July 2018, nominated the Mrs. Jean Adukwei Mensa for the vacant position of the chairperson of the electoral commission after Charlotte Osei and two of her deputies were removed from the commission over procurement breaches.