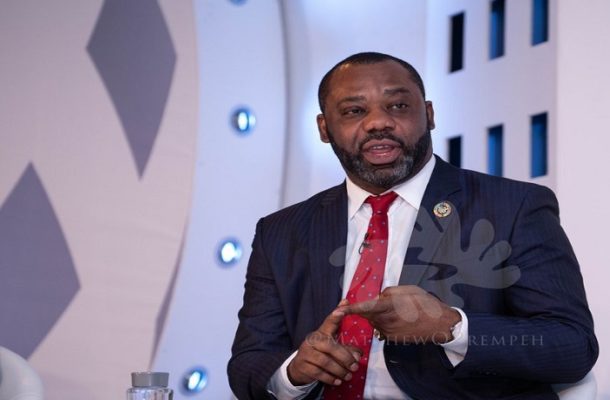 Minister of Education, Dr Matthew Opoku Prempeh, has said the reopening of schools in Ghana will be dependent largely on how the coronavirus behaves in the country.

Asked when schools will reopen while speaking in an interview with Berla Mundi on the COVID-19 360 on TV3 Thursday, August 13, Dr Opoku Prempeh said, “we will go back to school if the virus allows us.”

He explained that the decision will be based on the available science and data on the Covid-19 situation in the country.

“So depending on the science and data, we will reopen schools. We reopened schools for final years as they maintain social distancing,” he said.

He observed when schools reopened for final students to write their examinations, the government suffered flak from people.

However these same people, he said, are now calling for all schools to reopen.

“Had it not been that the government was sound of what it was doing they would have given up. All these people saying we should open schools, those people will not be going to be there if we open and an incident happens,” he said.

Dr Opoku Prempeh earlier tested positive for the coronavirus but was treated and declared healed.

However, he said he is unsure whether he has fully recovered from the Coronavirus infection he contracted or not. He believed recovered enough to resume work.

“It was an experience I have said repeatedly that I don’t even wish for my enemy.”

He said it was after he experienced the disease that he came to the reality that, indeed, “Coronavirus is here with us”.

For him, Ghanaians must take all the safety protocols seriously as “it is not a situation I would want anybody to get into”.

He recounts that despite feeling a little bit of malaise about 10 days before he was hospitalised, he got tested for the virus upon advice from close associates but the result came out negative.

He said after returning from his acclamation as the Manhyia South parliamentary candidate of the New Patriotic Party (NPP), he decided to voluntarily take some tests at the UGMC, having gone there to visit a relative admitted for Covid-19.

He said he was there for two weeks, during which same period he heard about the death of the Chief Executive Officer of the Forestry Commission, Kwadwo Owusu Afriyie who also contracted the virus.

Dr Opoku Prempeh confessed that he had the belief that he would survive after that close shave with death.