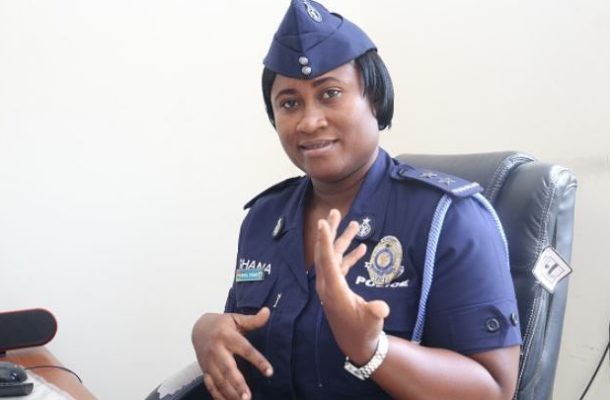 Recently, a video of Ghanaian ace journalist at Citi FM and TV being subjected to a thorough search by a team of police officers went viral on social media.

The video attracted a wide array of reactions on both mainstream and new media. Some calling the actions of the police unprofessional and others seeing the commentary of the journalist as being “haughty”.

The debate went on for days, especially on police WhatsApp platforms. On those platforms, tempers were high, those going for and against the search. From those accounts, the debate was not the search but the mode of the search.

The standard practice gives that, a police officer can search in a public place without a warrant only when the officer has reasonable cause to believe that;

The police officer who is acting on this reasonable suspicion may search, arrest, and seize the article or item for evidential purpose.

Firstly, the police patrol team who stopped and searched Umaru Sanda were conducting a lawful duty provided they were acting on reasonable grounds to search.

Secondly, the search, as given by law, does not give exemptions to persons who should be searched and not, as such the police can conduct a search depending on the information available to them. However, in executing this duty, the police ought to carry it out in strict decency and respect.

Thirdly, on the issue of capturing the exercise on video. Let me state that I have not come across any standard practice yet. Nonetheless, I believe that a police officer discharging his duty especially, in public is not operating in privacy. As such, article 18(2) of the constitution, which guarantees the privacy of individuals does not cover you in this circumstance.

On the contrary, some seasoned colleagues allude to international practice which condemns capturing police operation on videos. They explain that in any special ‘search task-operation’, the moment the police announces his intention to conduct a lawful search i.e. body, vehicular, package, etc. that individual’s right has been temporarily curtailed purposely for the search.

Since the individual is a potential suspect for further questioning. As such, it is erroneous and unprofessional for the search operation to have been videoed by the suspect. Rather, a bodycam, if any, could have recorded the exercise for future evidential purpose.

Finally, respect is reciprocal. The level of respect accorded an individual in any operation will attract the needed compliance or otherwise. Reviewing the video, the team could have still searched Umaru Sanda without the verbal rattling, disrespect and humiliation he was subjected to.

In future, the police should remain focused and not pass unguided comments that may tend to verbally abuse an individual and compromise the professional integrity of the institution.

Let me associate myself with Hunter S. Thompson on this quote, “We cannot expect people to have respect for law and order until we teach respect to those we have been entrusted to enforce those laws.” Simply put, we must learn to respect others even in the execution of our mandate as police officers to gain compliance, trust and consent of the public.