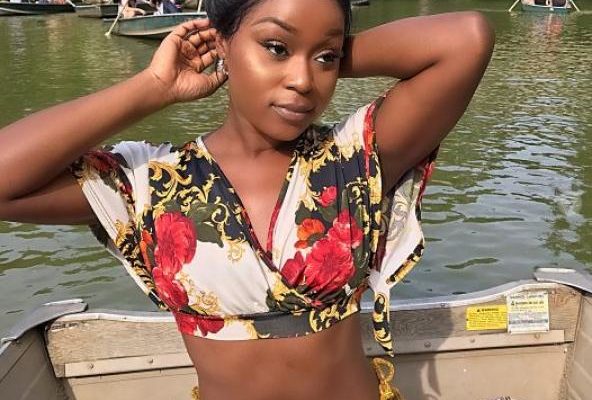 The Kwese TV presenter flaunted a younger man on her Instagram page while hinting at opening herself for another relationship.

In an Instagram post which has been deleted, Efia Odo posted a photo of herself and a young man as she wrote a rather intriguing post.

After posting the photo, she wrote "Oh that’s your nigga? So why does he look happier with me @mr_carter44."

The caption has generated a lot of comments with many claiming that the actress has found a new boyfriend.

Checks on the young man in the photo revealed that he is a 24-year-old man who claimed to be the CEO Morcat Entertainment.

This comes after the Okay FM presenter vowed never to fall inlove with a Ghanaian man after she got her heart broken late last year by one Kweku Revloe.

Rumour had it that, Revloe jilted Efia Odo due to her obsession with social media especially Snapchat.

Born in Ghana, Efia left for the United States at the age of five until she returned to the country a couple of years ago to pursue her passion for acting.