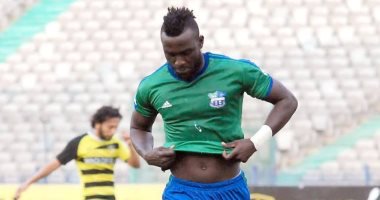 Wadi Degla want the unsettled striker as replacement for forward Omar Al Saeed who is set to leave the Tigers in the summer transfer window.

Nana Poku has been in contact with officials of Wadi Degla, who have began negotiations with the former Berekum Chelsea striker following a difficult spell with Zamalek.

According to reports, the White Knights are ready to offload Nana Poku following an underwhelming season with the club.

Technical Director of Zamalek has stated on several platform that they are ready to do away with the Ghanaian and a good price will see him leave in the summer.

The 25 year old has played 11 times and scored on two goals for Zamalek in the just ended campaign. He has also emerged on the radar of Etoile Du Sahel who had wanted to have him in a swap deal involving Amr Amar.