Election2020: NDC will use Nyantakyi's claims against Akufo-Addo - Allotey Jacobs 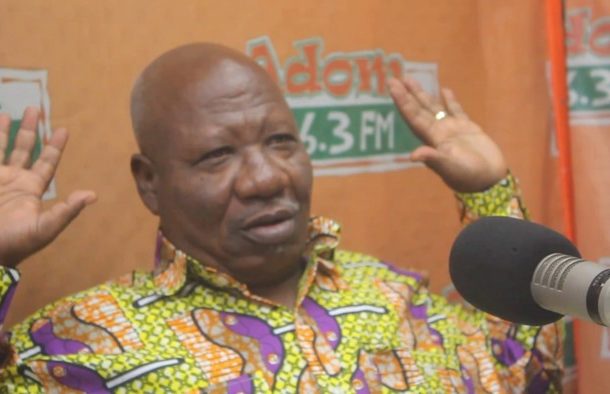 Central Regional Chairman of the opposition National Democratic Congress (NDC), Bernard Allotey Jacobs has said the NDC will use the claims by embattled President of the Ghana Football Association (GFA), Kwesi Nyantakyi against President Akufo-Addo.

According to Allotey Jacobs, although he does not believe the President will ever be involved in any fraudulent act the NDC will use the claims to score political points because of the New Patriotic Party's (NPP) previous engagement in similar acts.

Mr. Allotey Jacobs who was speaking on UTV’s ‘Adekye Nsroma’ programme, stressed that this claim against President Akufo-Addo gives the NDC a great opportunity to win the upcoming elections in 2020 without stress.

“I don’t believe President Akufo-Addo will ever take bribe but the fact is when you make politics from anthills it becomes a mountain, that is why I say what goes around comes around,”he said.

He [President Nana Addo Dankwa Akufo-Addo] should be ready to go through the same and even worse allegations leveled against ex-President John Dramani Mahama by himself and some party members.

“He stands to accuse people, now the President of the Ghana Football Association has emphatically stated he [President Akufo-Addo] is in his pocket and you don’t want us to believe this?” he asked.

Allotey Jacobs indicated that Kwesi Nyantakyi being a lawyer and his stature prevents him from disbelieving his utterances in the tape video.

“The stature of Kwesi Nyantakyi should not be underrated and he being a lawyer prevents me from not believing his utterances in the said video . . .,” he said.

President Akufo-Addo yesterday ordered for the arrest of the GFA boss, Kwesi Nyantaki after the Ghana FA Capo was found to have peddled in all forms of corruption including defrauding by false pretence using the name of the President and Vice-President Dr Mahamudu Bawumia to clench deals with some prospective investors.

The directive follows a private viewing by President Akufo-Addo of an investigative piece by ace investigative journalist Anas Aremeyaw Anas on the rot at the GFA.