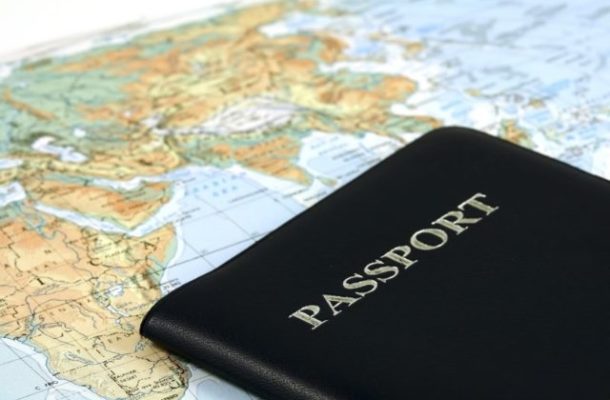 I read that the Ghanaian passport is ranked 78th by something called the 2020 Henley Passport Index. According to this index, our passport provides visa-free/visa on arrival access to 65 destinations, while we need visas to get to 161 destinations.
My thoughts are on Ghana passports and the joys and mostly woes of possessing one because I am currently trying to organise a trip and I am wondering if it is too late to get another passport.

I could write a tome about the experiences I have had carrying and trying to travel with a Ghanaian passport.

The first time I faced the problem of not being able to undertake urgent travel because I needed a visa was in 1976 when the Graphic tried to send me to Nigeria to cover the story of the murder of General Murtala Muhammed, the then Nigeria military ruler.

This was before visa-free travel in ECOWAS countries. My Nigeria visa had expired two weeks earlier and in those days, trying to get a Nigerian visa here in Accra was a most unpleasant experience. We gave up after three days.

It is probably worth recounting that later on, having a Ghanaian passport came in very handy when General Sanni Abacha, another Nigerian military ruler, died suddenly in 1998, and I was able to travel immediately from London to Nigeria and report for the BBC, where I worked at the time.

It was one of the rare times that carrying a Ghanaian passport gave me an advantage over my colleagues with their UK and EU passports.

And yet it was not always thus. Time was when the whole world did not imagine that all Ghanaians wanted to live outside Ghana. Indeed, during the time that we were struggling to get Nigerian visas, Ghanaian passport holders did not require visas to enter the UK. That requirement only started in the 1980s.

I recall that for years, Ghanaians did not need a visa to travel to the then West Germany. Then visas were introduced. My most interesting story about a Ghanaian trying to get a visa to West Germany was in 1981 when a young man applied to the West German embassy in Accra for a short-stay tourist visa. His application was refused.

The young man appealed to the then Vice-President J.W.S. de-Graft Johnson to intervene on his behalf. The Vice-President wrote a passionate letter to the German Ambassador who very reluctantly intervened and the young man got a six-month tourist visa.

Three weeks after he got to West Germany, word reached the embassy here in Accra that the young man had applied for political asylum. Needless to say, there were a lot of embarrassed faces and the process of getting tourist visas in Accra became even more difficult than before.

Once the ECOWAS ease of movement protocols came into place, and we could travel around West Africa, the rest of the world appeared determined to keep us out of their countries.

And then, of course, came 9/11, and travelling, especially air travel, became one huge wahala, to borrow a famous phrase.

Getting visas was never one of the most pleasant of life's tasks; after 9/11, it has become the most time-consuming and humiliating exercise.

One particular incident with the Americans, sticks in my mind. This was back in 1995 when I was living in the United Kingdom. I had been getting visas and travelling in and out of the United States for 25 years and I then applied for what I thought would be a routine renewal of a five-year visa.

It took a wholescale drama to get the visa but that was nothing compared to what happened when I presented the passport to the Immigration officer at JFK airport on arrival in New York.

The officer asked me if I was sure I hadn’t manufactured the US visa myself in my kitchen! He told me he had heard enough tales from Ghanaians to know that was not an outrageous suggestion. At the end of the drama, he asked me why I was still travelling on a Ghanaian passport, all these years after I had settled in the United Kingdom!!.

I recall this incident because of a current situation that I face. Why on earth do we have to get transit visas simply to change flights in Amsterdam on a KLM ticket? Are Ghanaian passport holders known to sneak away into Amsterdam while being herded through the stipulated queues at the airport to change flights?

The earliest appointment date that is available to get an interview for the transit visa is three to four weeks away. Ought the possession of a Ghana passport be enough reason for making life so difficult?

I admit everybody is subjected to many of the weird things that now come with travel around the world and not only us, Ghana passport holders.

All the same, it is difficult not to take it personally. For years, I thought only criminals got fingerprinted and now computers around the world all have the prints of all my 10 fingers.

Nobody has come up with an explanation for me yet, but there seems to be something inside my body that sets off the alarm when I go through the x-ray machines at airports. I, therefore, have to submit to the body search and I feel totally violated.

A recent vigorously intimate search by an enthusiastic official at JFK airport has not helped. She made me feel anew the burden of my slightly above average size breasts as she seemed to think they were other than natural!

For years, I have had problems at airports with immigration officers who claim that the photographs on my passports do not look like me when I present myself before them. I am not quite sure whether it is the passport photo that does not do me credit or whether the photo flatters my real-life looks. This used to lead to good-natured banter but now I feel I am watched with a lot of suspicions.

I have gone through the list of countries that do not insist on visas for Ghanaian passport holders. My next trip should be to Vanuatu; the problem is I might have to take a KLM flight, and I would still need a transit visa.