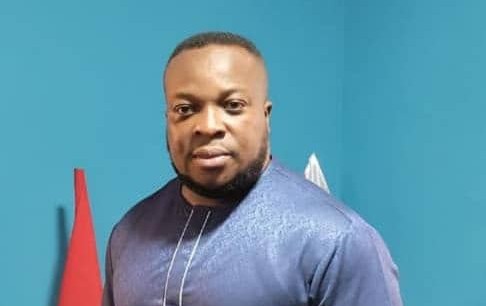 Franklin Leonards, the Group President of Global Security Limited, has charged Government to help train the Ghanaian youth in fighting against cyber crime.

According to the security expert, the use of the internet in the Ghanaian daily setting has rapidly increased due to the interruption of the COVID-19 and its protocols and has paved the way for the Westerners to take a higher advantage in its usage.

Addressing cyber crime and its dangers on the country, he said we must prepare our youth as according to him, the era where one walks to the shop before making purchases is gradually becoming a thing of the past.

He described as worrying the people engaging in security and technology only after graduating from the university, adding that the country's physical orientation has not been able to cope with the changes of day-to-day life at the moment.

Franklin observed that is about time the country deliberately placed a group of generations into technology as early as high school to physiologically orient them as to the new market or new way of living so that within the next five to ten years Ghana can be competitive.

“Whether we like it or not, the world today will leave behind people who think analogue so as a country we need to prepare the new way of living,” he said.

He added that the country can generate employment within the cyber world in the coming years if the government can invest into it.

He insisted there is going to be a rampant unemployment rate in the country if the government does not involve the youth into the cyber world.

“The era whereby you have to walk into a shop to buy something, there are now credit cards, ‘momo’ monies, and deliveries being done. So, in the job market, people are now working for more. That means businesses are now forced to have broadband and certain things,” he affirmed.

He, therefore, charged the government to modify the teaching syllabus and begin to groom people to be able to bridge the gap between where they are and where things are going.