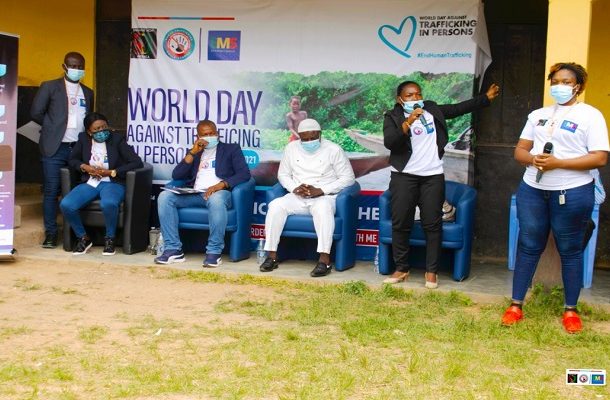 End Modern Slavery (EMS) and Engage Now Africa (ENA) have joined the world to mark World Day Against Trafficking in Persons which took place at Abobiri, a farming community in the Ayensuano District of the Eastern Region over the weekend.

The day aims to educate people about trafficking persons like women and children to engage in jobs such as forced labor and sex.

The annual event was designated by the United Nations General Assembly as a means to combat the issues that are caused due to human trafficking and also raise awareness around the victims of human trafficking.

Mr. Afasi Komla, Director of Operations at Engage Now Africa who is also the leader of End Modern Slavery (EMS] speaking under the theme "Victims -Voice lead the way", tasked the commuters not to shroud issues of Child Labour since it perpetuates all other forms of child abuse and crime around the world and they should desist from such practice.

He said "Many victims of human trafficking have had traumatic post-rescue experiences during interviews and legal proceedings. In their attempts to get help, they have experienced ignorance, misunderstanding, victimization, and punishment for offenses their traffickers had them commit’’.

He added that through the foundation, they have been able to help in identifying and saving victims and supporting them on their way to rehabilitation by putting a lot of measures in place to eradicate this crime.

He said, the United Nations General Assembly adopted the Global Plan of Action to Combat Trafficking in Persons (TIP) and also urged the public to take coordinated and consistent measures to fight the menace of human trafficking.

He expressed worried that in Ghana, internal trafficking, particularly of children, is more prevalent than external trafficking though there are also cases of women being trafficked to Europe, America, and the Gulf States.

Other Representatives from the public institution such as; the Ghana Police Service and the Social Welfare who participated in the event took the opportunity to educate the residents to support the fight against the social menace.

The residents were task to help by making significant contributions to the Human Trafficking Fund to support victims of trafficking after they are rescued.

Some of the survivors who were rescued by the NGO were allowed to share the situation they battle when they were been trafficking.

The event was graced by Equity International School and Abobiri D/A Basic school who performed an exciting drama in a form of child abuse and culture performance to make the occasion successful. 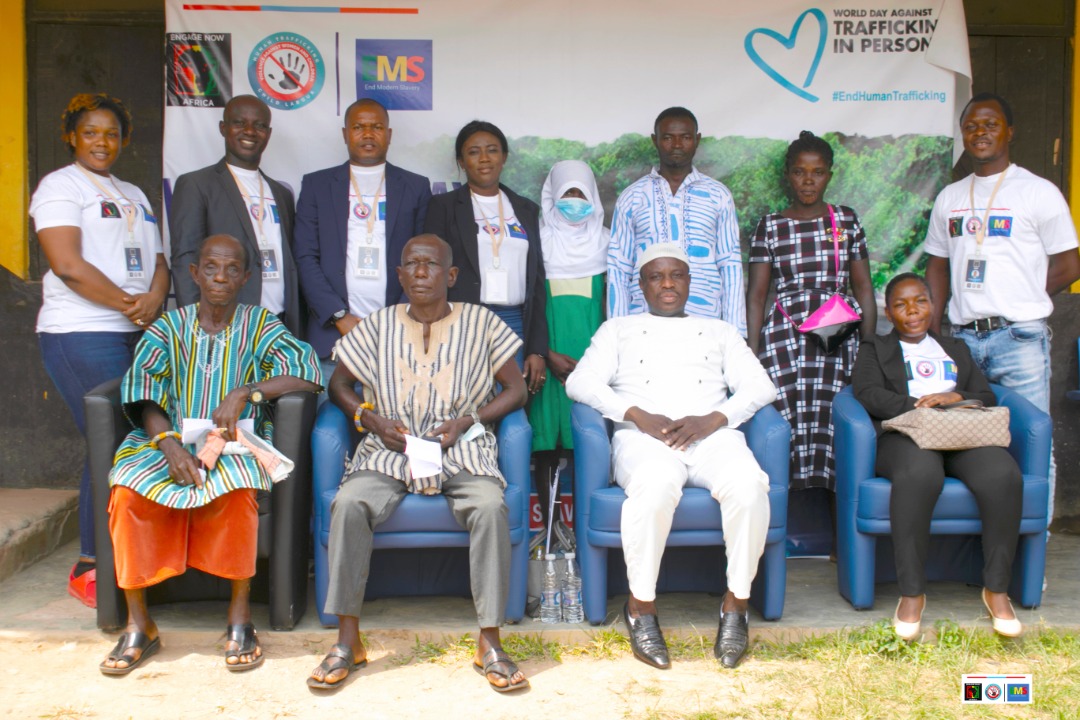 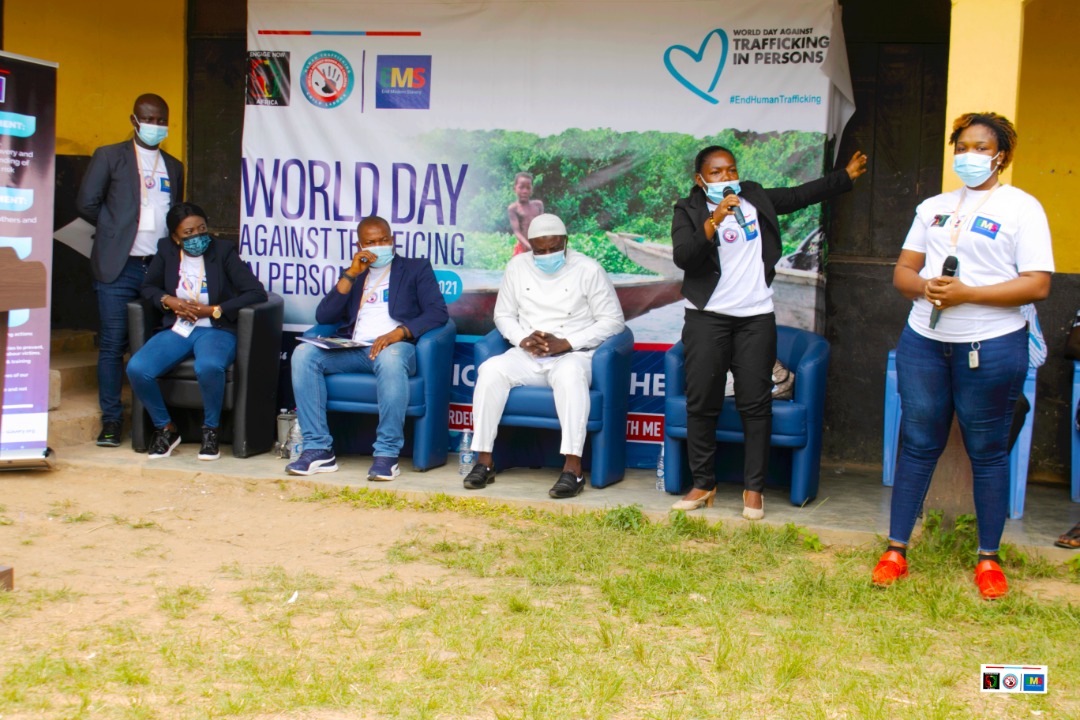 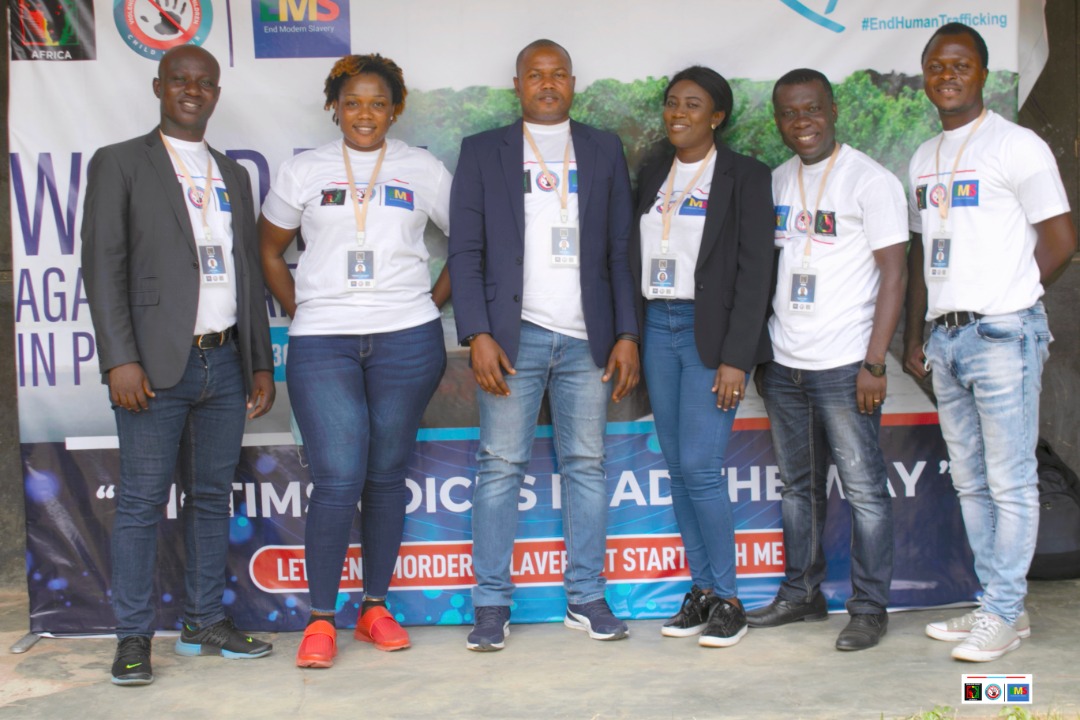 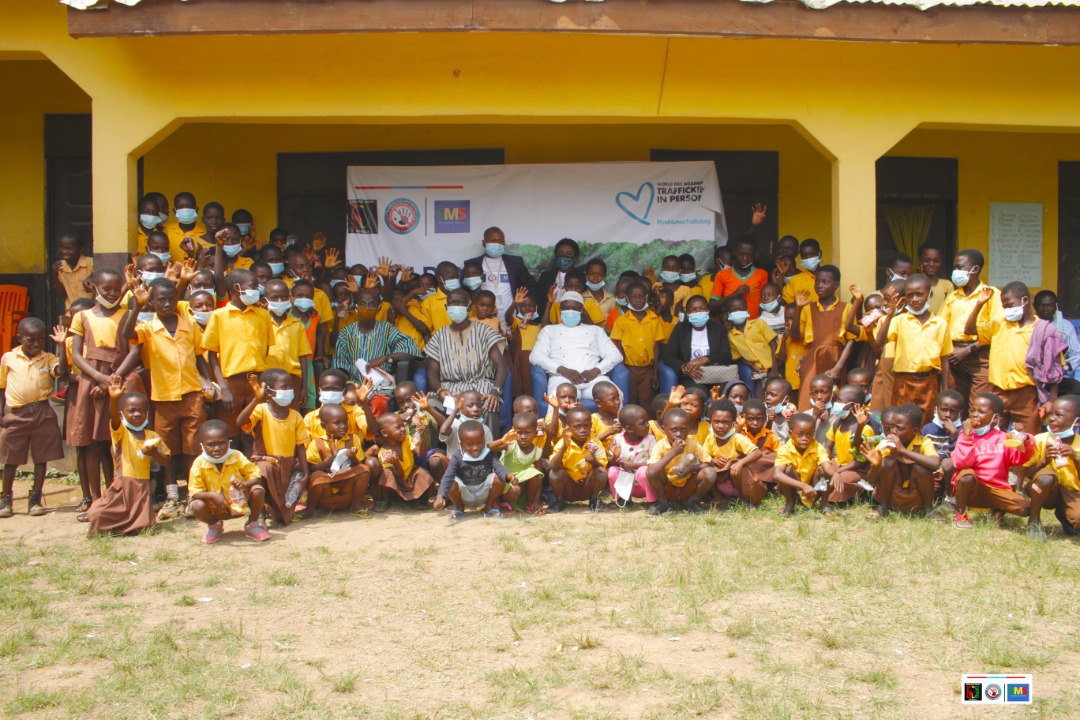 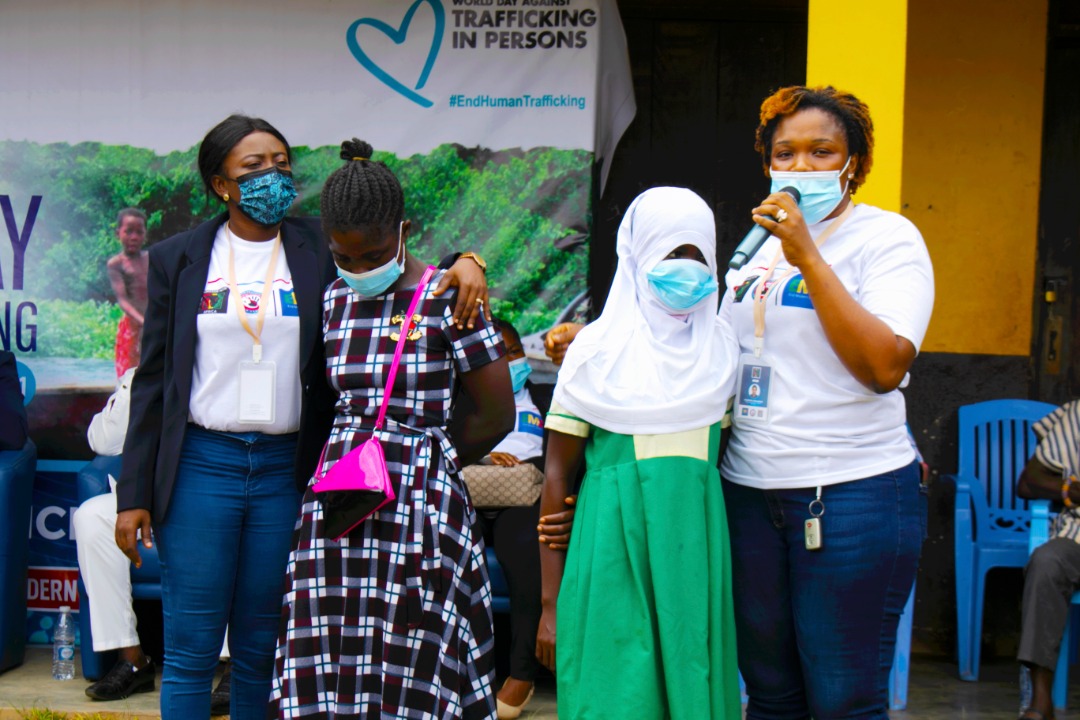