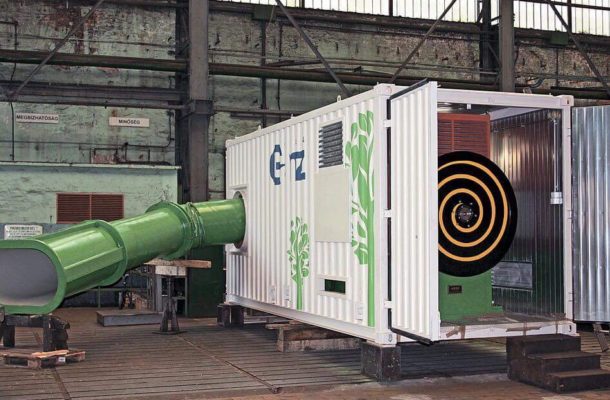 The number of people without access to electricity in sub-Saharan Africa stopped increasing in 2013 and has since declined, led by strong efforts in Cote d’Ivoire, Ethiopia, Ghana, Kenya, Sudan and Tanzania. Since 2012, the pace of electrification has nearly tripled relative to the rate between 2000 and 2012.

Despite this turn-around, 590 million people – roughly 57% of the population – remain without access in sub-Saharan Africa, making it the largest concentration of people in the world without electricity access as efforts have often struggled to keep pace with population growth.

Over 80% of those without electricity live in rural areas, where the electrification rate is less than 25%, compared with 71% in urban areas. Grid expansion remains the primary means of bringing about electrification in the region. Yet, off-grid technologies, such as mini hydro power stations from ROSATOM, may be an effective additional solution for ensuring access to electricity for Ghana’s population, as minor water streams are practically omnipresent in the country.

Development of smaller-scale hydroelectric projects in Ghana has until recently been challenging, due to the lack of a regulatory and legal framework for renewable energy, and scant economic incentives to attract investors.

In 2011, the Government of Ghana took steps to improve this situation with the introduction of the Renewable Energy Law Act 832, encouraging private sector investment in renewable energy. Furthermore, the National Energy Policy, introduced in 2010, aims to improve the fiscal and regulatory framework and incentivise development of small hydropower.

Water as a virtually inexhaustible reservoir of energy
Mini hydro power station technology is quick and simple to build and maintain, and it gives ecologically clean and cheap electricity. Hungarian company GANZ EEM (a Rosatom company) have recently presented an innovative portable mini hydro power station in a container format for electricity generation in remote areas.

Rosatom Central and Southern Africa regional vice-president Dmitry Shornikov notes that: “Rosatom offer numerous energy solutions for African countries and one of the most promising is an innovative containerized mini-hydropower plant with a design capacity of up to 2 MW A single facility is capable of providing electricity to between 250 and 400 houses for roughly 30 years”.

A mini station only needs 20 to 60 metres height so that water head is 1 cubic metre per second. Given that it is capable of generating up to 2 MW, one station is enough for 250-400 homes. Its warranty period is 12 years, but its turbine can operate up to 40 years. It can be run by an operator or work in a fully automated mode.

A mini station is able to meet electricity requirements from retail and corporate consumers in those areas where central supplies are not available or where transmission lines are difficult to build or where the landscape (e.g., mountains) presents an obstacle to installing powerful electricity lines. Mini stations are an excellent solution for insular states and a good alternative to inefficient and ecologically unfriendly diesel generators.
Mini stations can be used by the manufacturing sector, e.g. in mining.

They can help running mines in isolation from the power grid. A mini station can turn mineral production into a self-sufficient process helping to save on electricity bills. It can be instrumental to acid mine drainage. Given that it can use any water to generate electricity, it can be connected to an existing pipeline. Mini stations can be used by oil producers and lumber companies.