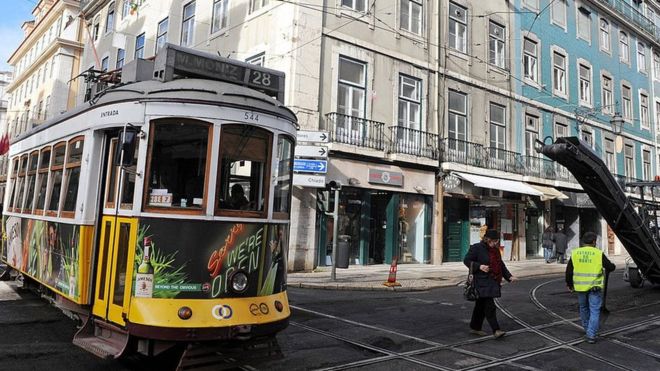 The European Union has formally agreed to waive fines for Spain and Portugal over their excessive budget deficits.
Under EU rules, member states are not supposed to run annual deficits greater than 3% of their total economic output.

Last year, Spain's deficit was 5.1% of its gross domestic product (GDP) and Portugal's stood at 4.4%.

But citing "exceptional circumstances", the EU Council has given each country more time to conform to the rules and bring their deficits down.

Against a background of uncertainty caused by the UK's Brexit vote and rising anti-EU sentiment in the rest of Europe, the Council confirmed a plan suggested in July by the European Commission.


Both countries have now been set new deadlines.

The Council said that Madrid and Lisbon must submit a report to Brussels by 15 October showing how they will achieve their revised targets.

Last year, France was given a similar waiver of a pote

ntial fine when it missed its own target.

However, critics are likely to argue that the EU loses credibility if it agrees rules and then fails to enforce them.

Although all EU countries are required to run budget deficits below 3% of GDP, only the 19 countries that use the euro as a currency can be fined.