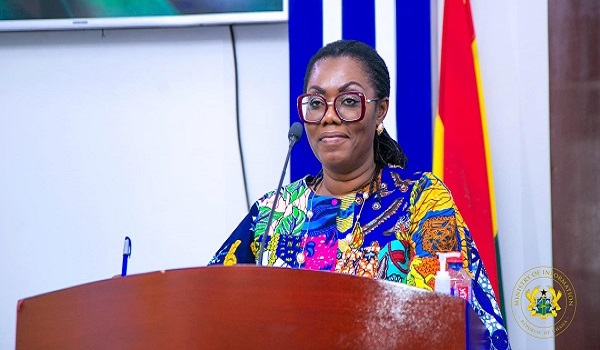 Known for its household name, “Qwikloan”, is a mobile money loan service run by MTN Ghana in partnership with Afb GHANA. It is a fast, easy, and convenient service which enables customers to access loans using their MTN mobile money platform.

Vodafone GHANA, on the other hand, offers Vodafone Cash Loan which provides equal opportunity for customers on the Voda Cash platform to access instant loans without having to go through any stress.

However, some customers have remained uncommitted despite the opportunity made available to them as they have refused to pay off the loans secured from their mobile network operators.

It is on the back of this that the Minister of Communications and Digitalization, Mrs. Ursula Owusu Ekufful, has descended on the defaulters, describing the refusal to settle the loans as an act that connotes evil and corruption.

In a Facebook post, Mrs. Ekufful said she was aware that people who have taken loans from mobile operators have decided not to re-register their SIM cards to avoid repaying their loans. She strongly indicated the defaulters will be found.

"I have also been informed that people who have obtained quick loans from their service providers have decided not to register those SIMs to avoid repaying the loans. That is evil corruption and you will be found out," she said.

Meanwhile, the deadline for the nation SIM re-registration exercise has been extended to September 30, 2022. This was confirmed by Madam Ursula Owusu while addressing the media on Sunday.

"Upon consultation with the industry and in view of the challenges enumerated above, I have very reluctantly decided to grant a final conditional extension.

"The pogramme will be extended to 30th September to end on the anniversary of its commencement. That will give us one full year of SIM registration to be reviewed at the end of this month and any SIM that has not been fully registered by the end of August will be barred from fully receiving certain services including voice and data services. It will also be more expensive to use unregistered SIMs. The full range of punitive measures will be announced at another press briefing in September," she stated. 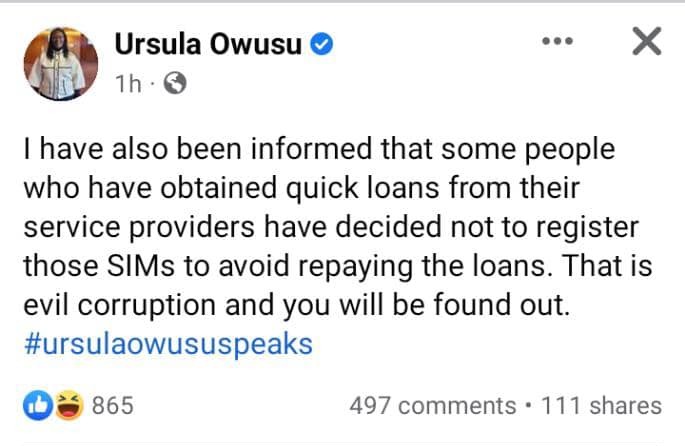