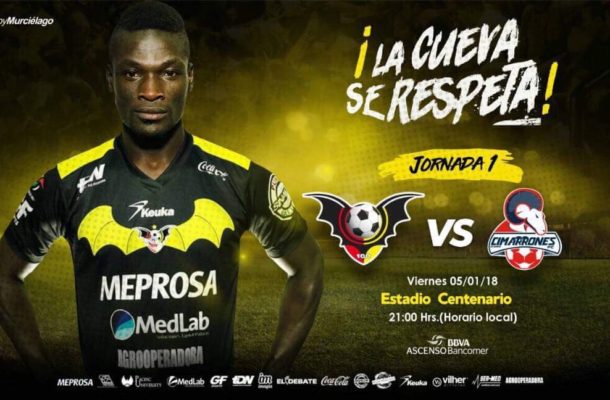 He put to pen to paper on a 2 year deal with the “Los Murciélagos” and was officially presented yesterday.

The 22 year old joined the Mexican outfit after terminating his contract with Serbian side FK Vojvodina.

The budding talent has already scored 6 goals in 5 games in Pre season for the second division side as they prepare to fight for promotion next season.