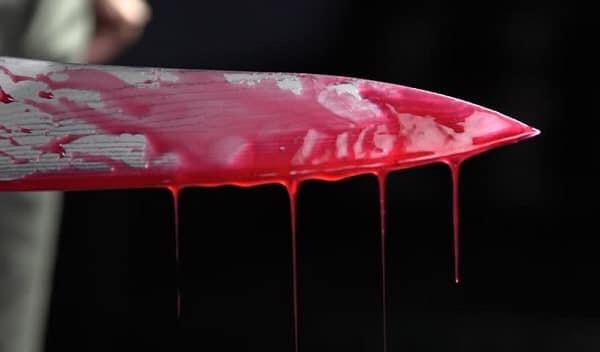 A middle-aged man met his untimely death at Manhean in the Ga West Municipality of the Greater Accra Region on Thursday night after he confronted his Landlord for stepping on his 2-year-old baby.

The yet-to-be identified man confronted his Landlord, Kofi Abu, for stepping on his toddler who was crawling near his door.

Local media reports indicate that the confrontation led to a fight but the Landlord who is an ex-footballer overpowered the tenant and attacked him with a cutlass.

The wife of the deceased screamed for help but could not get any until the Landlord succeeded in killing her husband.

The Amasaman Police, according to reports, arrived at the scene after a report was launched and has arrested the Landlord who is now in custody.