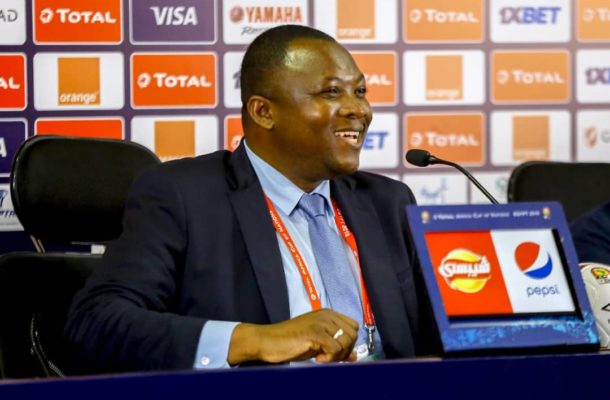 Controversial football administrator, Kofi Manu “Blue Boy’ as well as Ibrahim Saani Daara are two of the high profile figures under the former GFA administration expected to appear before the newly constituted Ethics Committee of the Ghana Football Association with the hope of clearing their names after they were captured in the infamous Anas Aremeyaw Anas exposé.

Others who were captured in the damning footage like the numerous referees are also expected to face the committee even though some of them have already been banned by world football governing body FIFA and the Confederation of African Football (CAF).

However, at the national level, some of the persons who were captured in the footage like Ibrahim Saani Daara do not know their fate.

Mr Daara who was Deputy General Secretary in charge of Communication before the Anas exposé has maintained that he is still a staff of the Ghana Football Association despite not receiving a salary for over 14 months now.

Speaking to Ghanaweb last month, Saani Daara said “I am still a staff of the Ghana Football Association but I have not been paid since Number 12 and I don’t know why. I met Dr Kofi Amoah (Head of the Normalisation Committee) a couple of times but I never had any formal invitations calling me for staff meetings. When the Normalisation started I remember receiving a phone call that come for a meeting, and five minutes after that call, there was another call from the same person that said don’t come. I was surprised but it doesn’t bother me, does it. Even with the GFA I thought I was shortchanging myself financially while working there even though the opportunity to work with the federation opened many other doors for me.”

The GFA believes lingering issues like that of Saani Daara is the reason indicted persons must appear before the yet to be approved Ethics Committee after this month’s Congress.

Already, the Ghana Football Association (GFA), in line with Article 57 of the 2019 Statutes, has lined up a list of high-profile anti-corruption activists to handle all issues bordering on ethics in Ghana football.

The GFA has submitted the list consisting the five personalities to the Executive Committee, Premier League clubs, Division One, Women’s League clubs, Regional Football Associations, constituent bodies, FUTSAL and Ghana Beach Soccer Association for approval at the upcoming congress scheduled for December 19 at the Ghanaman Soccer Centre of Excellence in Prampram.