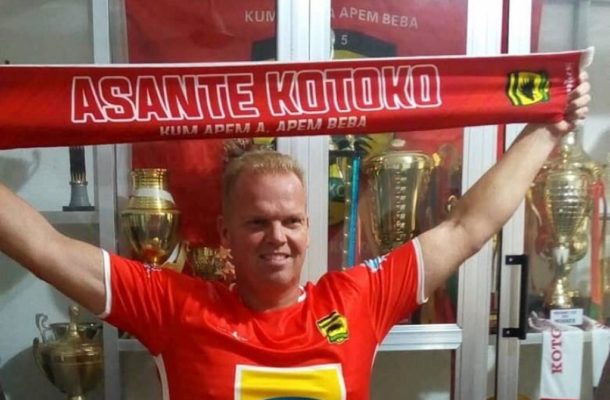 Former coach of Kumasi Asante Kotoko, Kjetil Zechariahson, has warn to drag Kotoko before the GFA player status committee over alleged three months salary, being the balance for his sacking.

According to Prosper Yaw Ntow Esq,counsel for embattled ex-Kotoko coach CK Akonnor, he is representing his client to seek damages.

The solicitor also confirmed to Kumasi Fm that the Norwegian is seeking his 3months compensation and other benefits from Kotoko.

"It is true I'm the counsel for Coach Zachariason. I have no qualms with anyone at Kotoko but I just want the right things to be done in conducting its activities in conformity with the law." He said

"The good works I did for CK Akonnor has necessitated the need for coach Zachariason and his agent to seek redress through me."

"The clause Kotoko has invoked as evidence to terminate Zachariason's appointment is wrong.

We have given them an ultimatum to response to our claims and the contract clearly states the next line of action if they fail to respond to us,thus; to the player status committee,CAF and then FIFA." He added.

Kumasi Asante Kotoko terminated the contract of Kjetil Zechariahson after he was eliminated from Africa campaign.