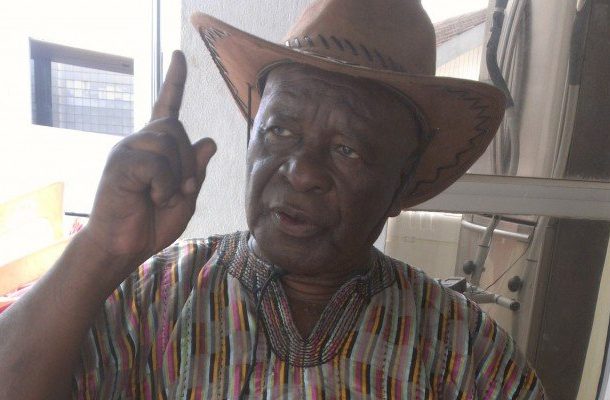 A former Chief Executive of the Kumasi Metropolitan Assembly (KMA) under the Rawlings regime, Nana Akwasi Agyemang popularly known as 'Okumkom' is dead.

Family sources available to this portal say the vociferous politician died at the Intensive Care Unit (ICU) of the Komfo Anokye Teaching Hospital (KATH) where he has been receiving treatment over ill health.

'Okumkom', as he was affectionately called has a long political history, dating back to 1977, during the Supreme Military Council government of late Ignatius Kutu Acheampong where he served as chairman of Kumasi Metropolitan Assembly.

He subsequently went on to serve as Mayor under two other Heads of State, Dr. Hilla Limann and Flt. Lt Jerry John Rawlings, to whom he became a close confidante.

He was appointed Deputy Minister of  Science and Environment under Rawlings’ regime and was also considered a leading contender for the vacant Asante  Stool following the demise of Otumfuo Opoku Ware II in 1999.

Current Asantehene, Otumfuo Osei Tutu II, was chosen over him by the kingmakers of Asanteman.

Until his passing, Nana Agyemang had been out of the public for some time due to ill-health.